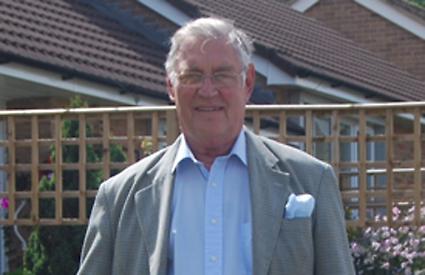 It was set up by Sarah Butcher, 40, of Belle Vue Road, after the suspended UKIP councillor blamed the recent storms and floods on the legalisation of gay marriage.

In a description on the Change.org petition website, the married mother-of-two said Cllr Silvesters letter in last weeks Henley Standard has hurt, upset and openly discriminated against the gay community.

Cllr Silvester said this week that he wont resign from the town council, which has no powers to punish him, or apologise for his comments.

They included accusing Prime Minister David Cameron of acting arrogantly against the gospel and causing the nation to be beset by serious storms and floods by passing the Marriage (Same Sex Couples) Act.

Mrs Butcher, who also organised a protest outside the town hall last Saturday, said: As a local resident I am outraged that a councillor elected to represent me has not only made such offensive remarks but refuses to accept that he was wrong to do so.

She added: The community needs to be assured that Mr Silvester will have no more influence on the people of Henley. There is no room for his religious views in his political position.

His party, UKIP, have suspended him for his comments. Lets ensure this becomes permanent. If UKIP wants success they need to remove these extremists. We will not tolerate racism, sexism or homophobia.

I am calling on David Silverster to resign as councillor and urging UKIP to force his resignation.

The town council received 12 complaints about his letter, which have been passed on to South Oxfordshire District Councils monitoring officer to investigate.

A number of people left comments on the website.

Gary Francis, from Henley, said: If he really believes that his deity sent floods because of some equality legislation he is too stupid to be on a council making decisions that affect us all.

Carol Ingram, from Henley, added: These kind of extremist views do not belong in our society.

Dai Wynne-Jones said he is an embarrassment to the UK.

He said: A person such as this one should not be allowed to represent anyone in public life. His views are those of the bigoted and ignorant.

Five hundred years ago such views would be madly accepted as fact. Today such views are exceptionally disturbing at best, deceitful and nasty at worst.

"Without doubt he should resign and take his ridiculous ideas behind closed doors.

Cllr Silvester told the Standard he stands by his comments and has received more than 70 responses from around the world supporting his views.

* Do you think Cllr Silvester should resign? Have your say with our home page poll, by clicking www.henleystandard.co.uk