75th birthday of RAF base 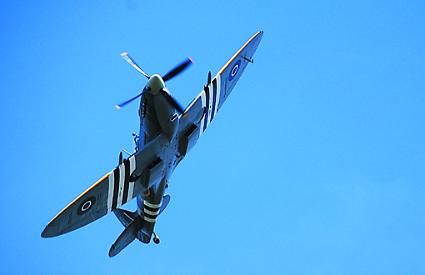 THOUSANDS of people enjoyed celebrations to mark the 75th anniversary of RAF Benson.

Personnel from the base and the Central Band of the Royal Air Force marched through Benson on Sunday morning to St Helen’s Church, where a service was held.

In the afternoon stalls were set up around the playing field in Sunnyside and Merlin and Puma helicopters from the base landed. Families were then able to look inside the aircraft.

A Winston Churchill lookalike gave a rousing version of the former Prime Minister’s famous “Finest Hour” speech, which he delivered in June 1940 as the country prepared for the Battle of Britain. Then an air raid siren went off.

The climax of the day was a fly-past by a Spitfire, which performed four laps of the fields. The fighter aircraft was based at the station in 1944.