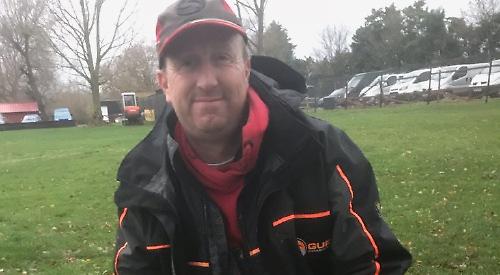 Last Sunday House Lake was fished in the 12th and last leg of the series at Milton Pools. In windy conditions fishing the pole was almost impossible at times and most of the anglers opted to fish the feeder for significant parts of the match.

Edwards landed two carp early on in the day on the method feeder and also added skimmers and roach on the pole at 14 metres before landing another late carp to weigh in a winning total of 32lb 7oz. This was enough for Edwards to secure the match and the title having won every match in which he has competed this season.

In second place was Roger Howard with a carp plus skimmers and roach all caught on the pole at 11 metres and in third place was Justin York with 13lb 3oz.

Edwards was triumphant in the previous round fished at Lens Lake at Milton Pools where he weighed in a total of 65lb 7oz. In second place was Ian Chaplin with a catch of 42lb 8oz and third was Neil Reed with a 31lb 4oz haul.

Edwards won the series with 160 points with Mark Harrison second on 158, Chaplin third with 156, Brian Bowles fourth on 148 and York fifth with 143.