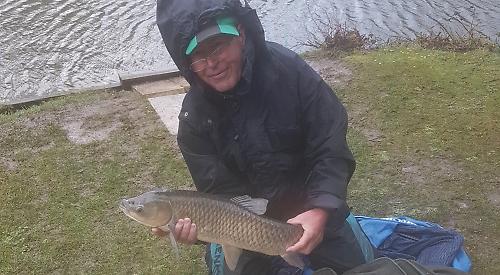 REMENHAM Angling Society continued their winter series in sunny conditions as they fished Lens Lake at Milton Pools in the 11th leg of the series.

Geoff Edwards weighed in 51lb exactly consisting of roach and skimmers as well as two small carp all caught on the pole at six and 14 metres with pellet and maggot which was enough to take top spot on the day.

Second position went to Steve Johnson with a similar net totalling 41lb all caught on the pole with pellet and in third place was Justin York with 32lb15oz.

Last weekend conditions were totally different with strong winds and driving rain as the 12th leg was fished at Whitehouse Lake at Tadley.

With just one round remaining Johnson leads the points table with 164 points followed by York in second place with 145, Ian Chaplin third with 142, Bowles fourth with 140 and Edwards making up the top five with 114 points.