Early intervention can make all the difference with bowel cancer 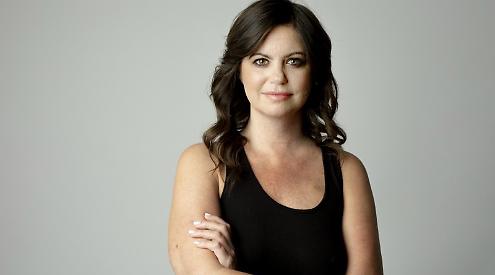 YOU may be aware of the podcast You, Me and the Big C, co-hosted by Deborah James.

Last Friday, she was made a dame for her inspiring work in raising awareness of cancer and for her frank account of her own struggles with bowel cancer.

After being diagnosed with bowel cancer at the age of 35, she has endured five years of treatment, at one time being declared cancer-free, only to be informed it had returned months later.

Sadly, her doctors are now unable to do anything further and she is now receiving hospice at home care.

She can rest in the knowledge that she has raised millions for her bowelbabe fund, which aims to research treatments and raise awareness of bowel cancer — something that I am sure will save lives.

Bowel cancer is the fourth most common cancer in the UK but the second biggest cancer killer behind lung cancer.

Bowel cancer is a bit of an umbrella term and generally refers to cancer that begins in the large bowel, seen in the diagram. That means it can appear at any point along the colon, which is made up of the ascending, transverse, descending and sigmoid sections, all of which feed stool into the rectum where it is stored before being expelled.

Deborah’s cancer is in the rectum and is still classed as bowel cancer.

The large bowel is mostly tasked with reabsorbing water into the body which dries out the stool being passed through.

Prior to this it passes through the small bowel, which sits in a somewhat chaotic mass within the boundaries of the large bowel (not included in the diagram). Although cancer in the small bowel is possible, it is much less common.

Part of the bowel’s water-absorbing role goes some way to explain the symptoms one might experience if a bowel cancer is present. A persistent change in bowel habit, in particular towards being more loose or frequent is one key sign (I would say five to six weeks or more classes as persistent).

As the cancer affecting the walls of the bowel grows, it interferes with that absorption process.

There may also be blood in the stools from bleeding of the tumour, although bright red fresh blood is most commonly caused by things like piles and fissures — painful but ultimately harmless in the scheme of things.

However, even if it is bright red, it is still worth getting checked if persistent as it could just mean the tumour is quite low down in the rectum.

Unintentional weight loss may also occur, a common feature in any cancer as it takes up vital bodily resources and energy.

All of this can cause non-specific lower abdominal discomfort, pain or bloating. If there is no other obvious reason for any of the above, anyone experiencing such symptoms must get things checked at their GP. The same goes if a lump appears in the abdomen.

The GP will want to examine the tummy and then order some initial tests. This will include some blood tests, looking most importantly for any signs of iron deficiency (not uncommon in younger women due to menstruation and so potentially muddying the waters).

They will most likely want to request a stool sample for a faecal immunochemical test (FIT test). This test looks for any signs of blood in the stool which may be present even if not visible. Any positive findings will result in a referral to a colorectal specialist who will then perform a colonoscopy.

Prior to this, the patient will need to clear their bowels with a fairly heavy-duty regime of laxative. The procedure itself is very common but it can be a bit uncomfortable and there may an option for sedation. The specialist will be looking for any signs of tumour, erosion or little growths known as polyps. Polyps can be completely benign but some do have the potential to turn cancerous and so they may be removed.

If there are lots, a regular surveillance colonoscopy may be advised.

There has been a bowel cancer screening programme in England since 2006. This currently employs the FIT test (the previous test was called faecal occult blood) so everyone at the age of 56 and then every two years between the ages of 60 and 74 should receive one of these through the post.

It is possible that the age range for this programme will be extended in the coming years down to as low as 50.

Take up of the programme varies between areas but sits around 71 per cent at the moment after dipping during covid.

Taking part in this is important but so too is seeking help if you are displaying any of the symptoms described. Outcomes for bowel cancer are much better if diagnosed early. The longer it goes on, the greater the chance it has to spread, most often to places like the liver and the lungs.

Initial treatment commonly involves surgery to remove the part of the bowel affected. This may or may not result in the creation of a stoma (in which the functioning end of the remaining bowel is diverted to the outside world via the tummy where a bag is fitted to collect stool).

There is sometimes a role for chemotherapy and radiotherapy too and increasingly, through extensive cancer research, specialists are looking to newer immunotherapies that target specific tumour types according to genetic signatures.

While not applicable to all cancers, this area does look promising. Because of all of these advances, survival rates have been improving steadily since the Seventies.

Despite that, there is still much to do. Risk factors for bowel cancer include a family history (not much you can do about that) along with too much red or processed meat, not enough fibre, not enough exercise, too much alcohol, an increase in weight and, of course, smoking.

According to cancer research, of all cancers 38 per cent are classed as preventable. Addressing these things will cut your risk for bowel cancer as well as a plethora of other things.

Be sure to remain vigilant for the signs and symptoms — and don’t ignore them when they happen. Early intervention can make all the difference.