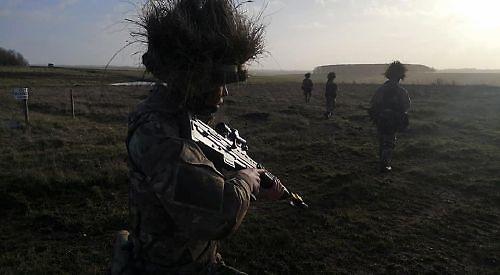 THE Henley Army Cadets were involved with the first virtual training weekend.

They were due to stay out in field conditions and undertake fieldcraft training based on military tactics.

However, this was suspended due to the covid-19 restrictions in place.

Company commander Major Wayne Thrussell had to decide on the best way to execute the weekend. With support from his second in command, Captain Tom Fearn, a plan was formed (we didn’t want to let the cadets down but to keep some form of normality for them).

The Henley adult instructors spent hours planning and preparing their lessons, to be delivered via Zoom.

While in lockdown, the cadets have continued to parade every Wednesday in a virtual capacity but a whole weekend of training is on another level. In the event, more than 40 cadets took part.

The cadets had 12 options of lessons to attend, depending on their ability.

The instructors taught the cadets how to issue a fire control order, military tactics for occupying a base and how to approach the enemy while firing.

Sunday began with a service held by the padre and cadet promotions.

“The differences made it more exciting and I can’t wait to see what else they have to offer.”

Other cadets described the experience as “amazing” and “outstanding”.

The Army Cadet Force is a national youth organisation for 12- to 18-year-olds, sponsored and supported by the Ministry of Defence. Normally, the Henley Army Cadet Force parades at the Drill Hall in Friday Street every Wednesday from 7pm to 9.30pm.