Human traces and patterns of history tracked by artist 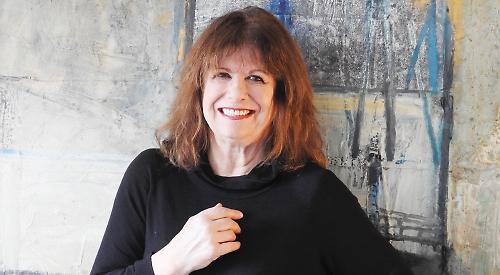 THE work of a leading Scottish artist is showing at the Bohun Gallery in Henley until the end of the month.

“Silkscreens by Barbara Rae CBE RA” runs until Saturday, April 29, at the gallery in Reading Road.

A member of the Royal Academy of Arts and the Royal Scottish Academy, Barbara Rae’s printmaking has been integral to her artistic activity since her student days.

The way she conceives and works on her monoprints, screenprints and etchings complements and informs her approach to painting.

In her latest silkscreen prints the artist, who was awarded a CBE in 1999, has taken inspiration from the atmospheric and mysterious
colours of Scotland and Ireland, combining the influence of landscape and travel with painterly abstraction.

When Rae was awarded a travel scholarship in 1966, having studied at Edinburgh College of Art from 1961 to 1965, it unleashed a love of travel that remains with her.

Having worked in France and Spain, she went on to teach in Edinburgh, Aberdeen and Glasgow.

Although she does not like the term landscape painter, the importance of place is very apparent in her works — in particular the human traces and patterns of history that are left on a landscape.

Solo and group exhibitions nationally and internationally have been a regular feature of Rae’s upward trajectory.

Internationally recognised, she was elected president of the Society of Scottish Artists in 1983, made a member of the Royal Scottish Academy in 1992, and became a Royal Academician in 1996.

The Bohun Gallery is open from Tuesdays to Saturdays from 10am to 5pm. For more information, visit www.bohungallery.co.uk

n “The Printmaker’s Eye” is the title of the latest exhibition at the Old Fire Station Gallery in Upper Market Place, which runs till Tuesday (April 11). The show is the work of the Print at the Park group of artists based at South Hill Park in Bracknell, which holds a number of exhibitions throughout the year. For more information, visit the group’s website at www.printattheparkgroup.co.uk