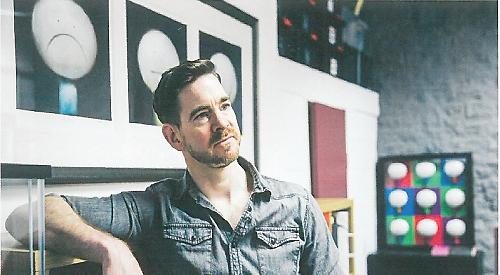 A PAINTER and sculptor described by the BBC as “the UK’s most popular living artist” is visiting the Lemongrove Gallery in Duke Street next Saturday (September 9).

Doug Hyde will be at the gallery from 11am to 1pm to launch Looking on the Bright Side — his new collection of original paintings, limited editions and sculpture.

A spokesman for the gallery, which will be hosting a champagne reception to mark the occasion, said: “From eccentric dogs to electric smiles, Doug Hyde’s new collection is nothing if not eclectic and shows a whole range of different sides to this much-loved artist — all of them bright!”

As his reputation has grown, his original work has become increasingly sought after, confirming his status as one of the UK’s most collectable artists.

Lemongrove Gallery manager Suzanne Craft said: “Doug’s artwork has had a similar impact in the art world to that of a major new pop star in the music industry. This is due in part to his innovative style that speaks directly to people’s emotions by summarising love, desires, wishes and dreams, and has turned him into a genuine artist of the people, for the people.”

To add your name to the guest list for Saturday’s event, call the gallery on (01491)
577215 or email henley@
thelemongrovegallery.co.uk