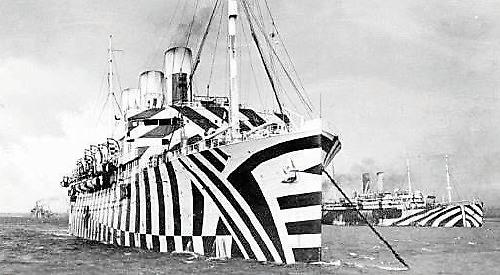 IF any British artist has had a dazzling career, it’s Sir Peter Blake.

At times it has almost seemed as though his achievement in creating a sustained series of iconic works was as easy as ABC.

Now 85, a new collection of work by the Dartford-born pop artist is going on show at the Bohun Gallery in Reading Road from tomorrow (Saturday).

Gallery manager Katie Newman said: “In his 85th year, Sir Peter is still as active today as he ever was and we are delighted to present the new body of work, entitled Dazzle Alphabet, together with selected work from the earlier Alphabet Suites.

“The Dazzle motif references Blake’s recent exploration of the dazzle-effect camouflage adopted by the Navy during the First and Second World Wars. This consisted of complex patterns of geometric shapes painted on the vessels to confuse the enemy as to their position, speed and course.”

To celebrate the 2015 Liverpool Biennial, Blake — who famously designed the cover of the Beatles’ 1967 album Sgt Pepper’s Lonely Hearts Club Band — was commissioned to decorate the Mersey Ferry, upon which he displayed his “dazzle” technique to great effect. The success of this led to his 2017 series of 26 “Dazzle” silkscreen letters, which will be exhibited in full at Bohun Gallery.

The letters, from an edition of 100, are all signed and editioned by Blake, and can be acquired individually or as the full boxed portfolio. Prices start at £575.

Katie added: “Throughout his long and prestigious career Peter Blake has created suites of works based around the alphabet related to his enduring interest in childhood innocence and nostalgia, and Victorian and Edwardian graphic illustration.

“Using vintage cards, magazines, books and other found ephemera, he assembles collages that are at once whimsical, humorous and fascinating. These works showcase the artist’s impeccable eye for printed paraphernalia and appreciation for lettering in a uniquely joyful format.

“We first exhibited Peter’s work at Bohun Gallery back in 1979 and his exciting images have become a firm favourite amongst visitors since then.”

Titled “The Alphabet Suites”, the exhibition runs until Saturday, April 14. The gallery’s opening hours are 10am to 5pm, Tuesdays to Saturdays.

For more information, including a preview of the works on show, visit www.bohungallery.co.uk