Modigliani proves thrilling ‘in the flesh’ 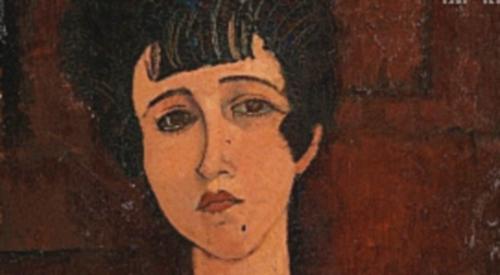 THE relentless curiosity of a viewing public into the private lives of artists has always seemed at odds to me, writes Nigel Wigmore.

Surely the work is the thing, and yet human nature dictates that we demand to know more about those who produce the art we so admire.

Standing before the original paintings of Amedeo Modigliani (1884-1920) at Tate Modern in London this Easter Sunday I realised here was the message that great artists have devoted their lives trying to convey to other humans.

This was communication not in a book or on television or through the blanket frenzy of social media.

Here was the viewer — in this case myself — confronted by works of art and drinking in their collective emotional message from the artist, an Italian Sephardic Jew by birth who made his art in Paris in the early part of the 20th century.

It doesn’t always work of course and there were paintings and sculptures here at this Tate Modern exhibition of the painter’s oeuvre that I found wanting in finish and completion.

But those that did come together to form an emotional whole were an absolute thrill to see in the flesh, so to speak.

The Little Peasant (oil on canvas, 1918), which has always proved a favourite among the public since it first appeared, has a serenity and peacefulness in thought and execution that has endured for a century.

The expression on the face of the subject of Portrait of a Girl (oil on canvas, circa 1917) is beautifully conveyed, the deep, burgundy hard-worked background adding to the immense emotion in her face, an emotion that radiates from her eyes.

Modigliani said: “When I know your soul, I will paint your eyes.” The eyes in Portrait of a Girl are completely open and penetrating: in picture after picture of Modigliani’s portrait subjects here, the eyes are opaque, half-closed, mysteriously rendered, seldom revelatory.

What I remember most about the images of Modigliani’s world are the almond-shaped faces of his subjects. That is a “trademark” if you like that has stayed with me for more than half a century since I attended art school.

So the power of the artist is enduring, and Tate Modern should be congratulated for the excellence of the curator’s skill in presenting this compact exhibition of his work.

There was a nice transfer of emotion for visitors from the film projection room that showed the Paris of 1906 when Modigliani first arrived there aged 21 to the rest of the show.

Much of the influence for those artists of that period came from Montmartre’s famous cabarets, theatres and dance venues: this was a rich vein, properly mined by the burgeoning art community there that still exists today.

Indeed, the exhibition opened with a self-portrait, painted around 1915, in which Modigliani presents himself as the tragic clown Pierrot.

For a man who was to die young — aged 35 — and whose work, though something of a legend in the Paris art community, has blossomed to worldwide acclaim in the years after his death, that clown portrait could have proved prophetic.

One enlightening part of the exhibition comes after the Paris film section. This shows the results of an intense period in Modigliani’s life when he focussed on sculpture. There is evidence of great artistic influence here, particularly from Egypt, Cambodia and Ivory Coast.

The sculptures found an audience and seven were featured in the Salon d’Automne, held in Paris in 1912, the only significant public showing of the artist as a sculptor during his lifetime.

However, in the sculptures you can truly see the genesis of the blank, almond-shaped eyes and elongated faces that distinguish his later paintings.

Modigliani’s nudes — again, images that spring to mind today at the mention of his name, proved shocking when first shown. They were on show here and of course in 2018 are far from shocking. But again for me it is the expressive element of the eyes and faces of the models that I found more intriguing than their voluptuous bodies.

In the grip of addiction, and in poor health generally through the chronic tuberculosis he contracted as a child, Modigliani died in Paris in January 1920 at the age of 35.

To pile tragedy upon tragedy, Jeanne Hébuterne, who was expecting their second child, took her own life a few days after his death. And yet his self portrait painted in the previous year shows him debonair and confident.

Picasso was a contemporary of Modigliani who said the great painter was “always 10 years ahead of everyone else” during that significant artistic era in Paris.

The Modigliani exhibition at Tate Modern has finished but there is a Picasso exhibition on now. It is Picasso 1932 — Love, Fame, Tragedy at Tate Modern until September 9 and should be well worth a visit. I hope to review that show in due course.

For more information on what’s on at Tate Modern, visit www.tate.org.uk