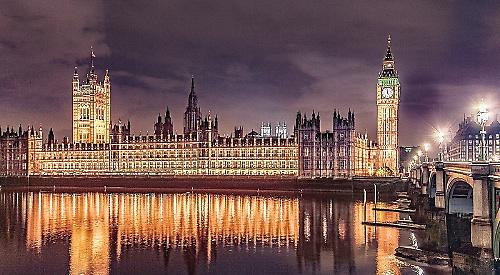 A PHOTOGRAPHER from Wargrave has been honoured for his work.

Tim Hodges has been made an associate of the Royal Photographic Society.

He had to present a selection of his work to a judging panel made up of existing fellows and he chose 15 photos he had taken at the House of Lords, where he is an accredited photographer for events.

Many of his images feature in brochures and are sold in the gift shop and one has been reproduced as a jigsaw.

Mr Hodges, 73, who lives in High Street with his wife Judith, said: “The photos were accumulated over a few years.

“You can’t just go around the House of Lords with a camera, you have to get permission.

“Access is difficult so it’s a matter or luck and perseverance.”

The photographs include the main chamber, the banquet rooms and the exterior of the building.

“They have all got to be high quality,” he said. “There’s a panel of five judges: one in charge who doesn’t vote at first and four others. They make comments on which ones they like or don’t like and at the end they say whether they believe you’ve passed the criteria to become an associate.

“I was 15th up and before that only two people had passed, so there was quite a high fail rate.

“Now I can put ARPS after my name!”

Mr Hodges, a former aviation and IT buyer and seller, decided to pursue photography as his “third career” after passing a City & Guilds qualification at Bracknell and Wokingham College in 2002.

The qualification made him licentiate of the Royal Photographic Society but it wasn’t until two years ago that he began considering becoming an associate.

Mr Hodges said: “It’s a well-established organisation to promote photography and it has various levels of distinction.”

The next stage after associate is to become a fellow.

Mr Hodges’s ambition is to have a portrait in the National Portrait Gallery.

He said: “I enjoy photography very much and I’m quite passionate about it.

“I also enjoy helping other people develop and I taught at Bracknell and Wokingham College for a bit.”