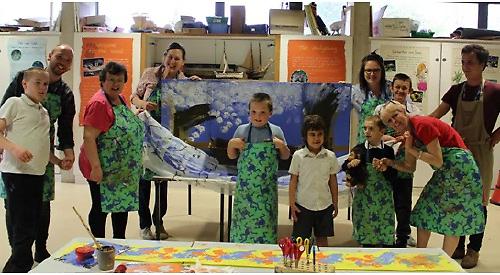 HENLEY’S River and Rowing Museum has announced it will be expanding its programme of adult events this summer — with a series of tours, talks and workshops for visitors to enjoy.

These will range from meadow walks along the river to creative workshops and a series of one-off lectures on diverse topics.

First up on Monday (July 1) is a talk by Australian sports historians Andrew Guerin and Bruce Coe commemorating the centenary of the 1919 Royal Henley Peace Regatta and the return of the King’s Cup Henley Royal Regatta.

A spokesman for the museum in Mill Meadows said: “This fascinating talk will explore how the 1919 regatta came about and established races for servicemen such as the Leander Cup. Join Andrew and Bruce to hear the story of how the Australian rowers regained the King’s Cup from the newly formed Australian War Museum to become the principal trophy in Australian rowing.”

Tickets for the one-hour talk, which starts at 4pm, are £7.

Meanwhile, as the museum’s acclaimed William Morris exhibition enters its final fortnight there are two more lectures and a one-day workshop for adults.

“An Earthly Paradise: William Morris and the Thames” runs until Sunday, July 14, having opened at the start of February.

The RRM spokesman said: “There’s still time to experience this fascinating exhibition, featuring original designs, textiles and personal items — including loans from the Victoria and Albert Museum, the British Library and Kelmscott Manor.

“The exhibition explores the influence of the river on the work of William Morris with highlights including original hand-drawn designs, a signed copy of his book News from Nowhere and personal artefacts including his spectacles.”

A textile designer, poet, novelist, translator and socialist pioneer, Morris is regarded as the father of the Arts and Crafts Movement.

But the museum’s next two talks will explore the impact and influence of his close family and friends, starting with that of his daughter, May. Titled “Morris & Co: The Making of Melsetter”, the one-hour lecture starts at 11.30am on Monday, July 8. Tickets are £7.

The RRM spokesman said: “Find out how the work of Morris’s younger daughter, a true designer-maker and excellent needlewoman, inspired the Morris & Co studio’s latest collection, Melsetter, and get an insight into how fabric and wallpaper are designed and created today.”

The lecturer is Alison Keane of the Style Library, which holds the archive of William Morris designs.

Four days later, on Friday, July 12, again at 11.30am, visitors are invited to discover the story of the Wardle Family and their connection with William Morris and how rivers played a part in their shared history.

The RRM spokesman said: “Thomas Wardle, master dyer, introduced Morris to the craft of natural dyeing, while George Wardle managed Morris & Co for 20 years, overseeing production at Merton Abbey. The talk is being given by Dr Brenda King, the chair of the Textile Society.” As with the previous talk, tickets are £7.

Then on Saturday, July 13, the day before the William Morris exhibition closes, the museum is hosting an Indigo Dyeing Workshop from 10.30am to 4.30pm.

The spokesman said: “Discover the craft of indigo dyeing with artist Annie Griffiths. Learn how to set up your indigo vat and traditional tie dye, folding and clamping techniques. Transform your fabric from white to deepest blue and discover how to achieve the shades in between.”

Tickets for the workshop are £55 and booking is essential. For more information on any of the events and to buy tickets, call (01491) 415600 or visit www.rrm.co.uk