Paintings by resident artist of Antarctica 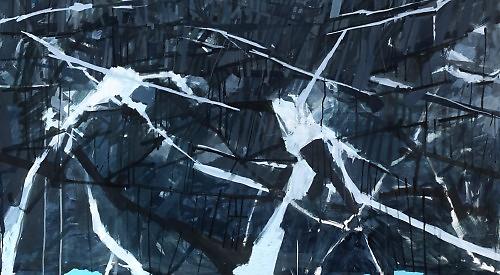 A SELECTION of work by British artist Andrew Lansley is to open at the Informality gallery in Market Place, Henley.

The exhibition shows for the first time a selection of egg tempera paintings and watercolours which were created as a visual record of the artist’s recent voyage to Antarctica as the recipient of the Scott Polar Research Institute’s 2018/19 resident artist.

Lansley has long focused on Antarctica and he was creating polar images long before his expedition to the Southern Ocean with the Royal Navy.

His previous travels took him to Norway and Greenland but the experience of Antarctica proved to be a more powerful experience. Lansley returned with an extensive folio of sketches and ink drawings and more than 5,000 photos.

Lansley’s work has been exhibited multiple times throughout the UK, including at the Royal Academy of Arts and the Mall Galleries in London, and he won many awards.