Artist wants village ‘treasure’ paintings to be shown together 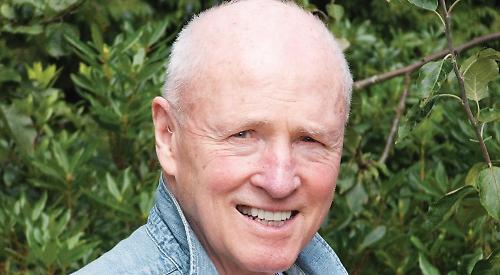 A WATLINGTON artist has completed the companion piece to a painting of his that was exhibited at the Mall Galleries in central London last year, writes Matthew Wilson.

James Kelso’s The Treasure of Britwell Salome — Matins was chosen by the Royal Society of British Artists to be displayed alongside works by some of the UK’s leading painters, sculptors and printmakers.

Now he is waiting to hear whether his sequel painting, The Treasure of Britwell Salome — Vespers, has been accepted for this year’s exhibition.

Mr Kelso said: “The two paintings are views of a disused granary building. One side gets the morning sun, hence ‘Matins’. I could hear the nearby church bells as I worked on site. The other side takes the sunset, hence ‘Vespers’. The building is hidden from the road, shielded by trees and hedgerows. I’d passed it many times and not noticed it before a friend called it to my attention, noting the fancy corbelling of the brickwork.”

Like its predecessor, the “Vespers” painting is executed in oils on a gessoed panel.

Mr Kelso, whose works have previously featured in the Royal Academy of Arts’s summer exhibition, said: “I would like the paintings to be kept together and exhibited as a pair, perhaps with an organisation or institution with a heritage, historic or educational concern for Oxfordshire agricultural architecture.”

He revealed that his latest painting project is an allegorical work inspired by Théodore Géricault’s early 19th century masterpiece, The Raft of the Medusa.

“I’ve long wanted to do a painting of the ocean, a turbulent seascape,” he said. “That’s been in the back of my mind for years. It’s allegorical in the sense that I was thinking about America and the state it has been in with Trump. I was semi-wondering whether or not he could bring the whole of American democracy down.”

Both of Mr Kelso’s Britwell Salome paintings are for sale. For more information, visit www.jameskelsoartist.com