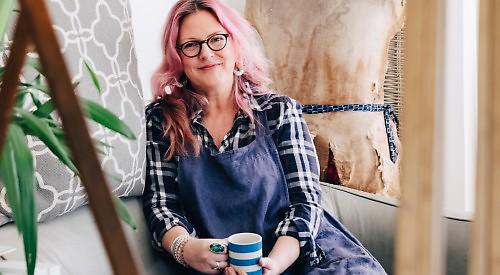 THE Henley Art School is to close as a result of the coronavirus pandemic.

Jo Harris, who founded the school five years ago, has given notice on the lease of The Studio, off Hart Street, and will leave in the spring.

She will then continue teaching privately.

Miss Harris decided to cut her losses as she is £12,000 in debt, having taken out a loan to try to keep the school running.

She says the number of people she hoped would sign up for classes since the last lockdown was not enough to cover her costs.

Miss Harris, 46, who lives in Henley, said: “I have a Pollyanna attitude to most things that if you work hard and put all of yourself into something it will work out but I haven’t been dealing with normal parameters.

“There is a virus that has been destructive and habits have changed and it has been this unknown quantity that has scuppered me.”

Since the school re-opened in September for in-person classes, Miss Harris has had to cancel seven workshops and one course as not enough students had signed up for them. She said: “That’s when warning bells started ringing that things weren’t the same as before the pandemic.

“I don’t blame anyone. It is down to covid that people don’t want to leave the house. It’s not just me, I have spoken to the other creative centres and schools in the area and they are finding it tough, too.

“Two years of fighting to keep going has left me exhausted. It was worth the fight but I am now £12,000 in debt due to a bounce back loan.

“It got to the point where I was apologising to people all the time and that is not right, I just want to be teaching.

“I’ve only been able to keep going this long because I have an understanding and kind landlord.”

The first time was in March last year before all non-essential businesses were ordered to close to help combat the spread of covid-19.

She received a £10,000 government grant which helped pay the rent of her studio and refund two-thirds of her customers who had their classes cancelled.

Miss Harris switched to online classes to try to keep the business afloat but by the summer she had to again consider closing for good.

Just as she was about to pull the plug she came up with the idea to share the space and a fellow illustrator came on board.

The pair spent some time building up the school’s online presence and they attracted new customers from around Britain and as far as America, Japan and Russia.

But the partnership didn’t last and Miss Harris was on her own again.

She said: “That was the first time I realised I was going to have to give up the school and it was a bit of a shock.

“When I see a problem I try to fix it so I rolled up my sleeves and continued as a single entity but now my emotions have caught up with me.

“The online thing wasn’t a great money maker but it kept me busy and paid the rent and myself an embarrassingly small wage but then I wasn’t going anywhere or doing anything.

“I did it three or four times a week for nearly two years but it is not the same as teaching in the flesh. I found it soul destroying because there is no energy exchange.

“Not having that interaction was a novelty at first but after a while it just wore me down.

“I am sad but quite stoic about it. I won’t be an art school in the centre of town but I am hoping to do an annual event and I will be working as a private tutor.

“I just want to thank all those people who have taken part and to say that I have had the best time of my life and it has been the most fulfilling thing that I have ever done.

“The outpouring of good wishes I have received has been making me cry and it is good to know that I have changed their lives for the better.

“For me, I have loved reminding people what it was like to be creative and got people back into producing art which they may have stopped years ago.”