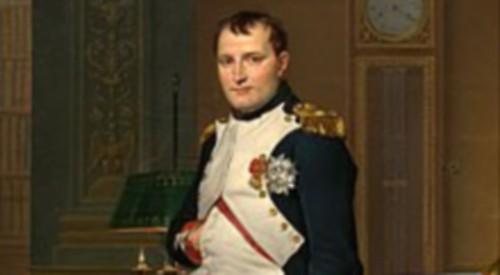 ON Thursday, March 17, the Arts Society Henley will meet to listen to a talk by Stephen Duffy on “The rise and fall of Napoleon Bonaparte”.

Illustrated with many wonderful works of art, this lecture tells the extraordinary story of the rise of the son of a lawyer in Ajaccio, Corsica, to become Emperor of France before finally being defeated and sent into exile on the island of Saint Helena in the South Atlantic.

It also attempts to explain the nature of his genius as an administrator and a military commander, assessing his achievements and his failures, his strengths and his weaknesses.

Among the topics covered will be his marriage to Josephine de Beauharnais, his relationship with the Duke of Wellington and his place within history.

In some ways it is a very human story but one which focuses on one of the most remarkable men who has ever lived.

Stephen was formerly senior curator of the Wallace Collection, where he had particular responsibility for exhibitions and 19th century paintings. He has given countless tours of the collection for visiting groups and many lectures on its art and other related subjects.

His latest publication, The Discovery of Paris, is a book on early 19th century watercolour views of Paris by major British artists.

The meeting will be held in the ballroom at Phyllis Court Club in Henley (no need to be a member of the club), once at 10.45am and again at 2.15pm, and lasts one hour.

Visitors and new members of the society are very welcome to join us.

We ask for a donation of £10 for the lecture.

For more information or to reserve a place, please email monnik.vleugels@
gmail.com