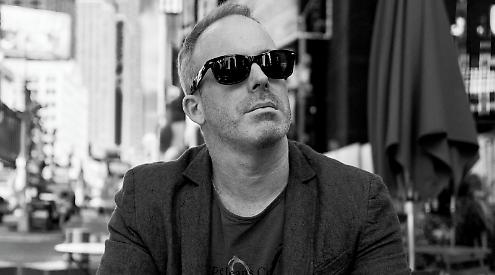 ARTIST Tom Butler will be opening an exhibition of his work at the Lemongrove Gallery in Henley tomorrow (Saturday).

He specialises in collages with a personal touch inspired by his travels worldwide.

He creates cityscapes and landmark locales with segments where a section of a crossword puzzle becomes a block of flats or shop signage and there is a three-dimensional, textural element to them.

Tom, from Hartley Wintney, says: “A lot of what I do is capturing buildings and architecture and interpreting them in my own way but sometimes that can end up just looking like any high street.”

He recently returned from a trip to Paris with his wife, who is French, and their children.

“She has got family out there and it was the first time for a while we’d gone with the kids,” says Tom. “I was just walking around, looking at things and snapping away, which I try to do wherever I go.”

Shortly afterwards the couple went to explore York as it had been on his to-do list of places to go.

In the show, there will be three originals featuring Henley, in one case the market place, as well as a range of cities he has visited including Venice, Paris, New York and London. There will also be limited-edition prints on sale. Tom will be at the gallery in Duke Street from 3pm to 5pm.