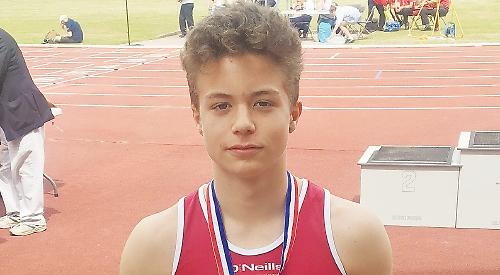 A HENLEY schoolboy finished second in the 300m at the IAPS athletics nationals held at Birmingham’s Alexander Stadium.

James Connelly, who lives in Bell Street, finished runner-up in a time of 40.51 seconds with the winner taking the honours in a record time of 39.8 seconds.

In an earlier event at Abingdon’s Tilsey Park the Moulsford student came first in the 100m in a time of 12 seconds while he also broke a regional record in the 300m where he finished in 40.5 seconds.