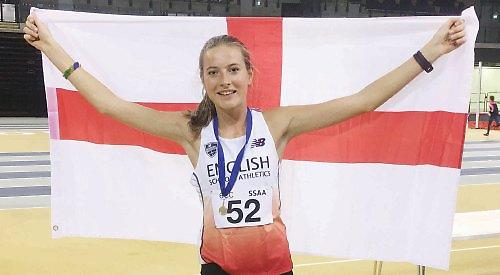 The 15-year-old from Harpsden Bottom was representing her country in the event which includes hurdles, 800m, long jump, high jump and shot put.

Chalmers won her 800m event, the former Rupert House and Valley Road School pupil’s strongest discipline, but a stumble in the hurdles saw her eventually finishing in sixth place overall.

In the U16 girls event England won gold, Scotland sliver and Ireland bronze with Wales in fourth place. Each country had their top four athletes competing in the event.