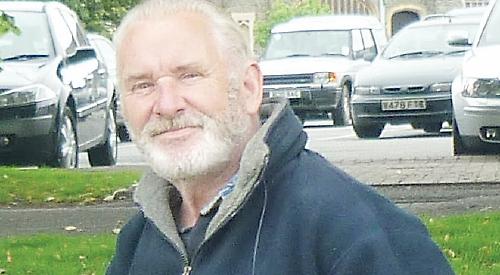 MARTYN DAVY passed away, aged 72, on Friday, December 9 after a short illness.

He was at home in Benson in his favourite spot overlooking his garden.

Martyn was the beloved father to his only child Louise Chater and the devoted partner of Ann Coleman. He had previously been married to Jan.

Born and raised in Marlow, Martyn was the son of the late Margery and Ewart Davy and had two sisters, Ruth and Deanna.

He was a loving grandfather to his grandchildren, India, Jude and Eve.

Ann’s daughters, Sarah and Louise, enjoyed a close relationship with Martyn, as did Louise’s young children, Aaron and Maisie.

In 1977, his engineering work took him to North Devon for five happy years with Jan and Louise.

Returning to Marlow in 1981, Martyn shared his love of the theatre with Jan when they both joined the Marlow Players.

Martyn met Ann in 1996 and they lived together in Haywards Close, Henley, with her daughters and his two cats. They remained in Henley until 2014, when they moved to Benson.

When he retired in 2010, Martyn and Ann spent many hours lovingly building their beautiful garden and small veggie patch.

A keen cook, Martyn was known for rustling up some incredible dishes and he enjoyed making chutney and jams from anything growing in the hedgerows or at home in his garden.

Only a few weeks before his death, he was telling Ann that he wished to experiment and bake a chilli cake!

Martyn was a well-known face in Henley and spent many years treading the boards at the Kenton Theatre.

He was a member of the Henley Amateur Operatic and Dramatic Society and Henley Players, cherishing the many friends that he made.

He was remembered for his acting roles as Harry The Horse in Guys And Dolls (1984), Jigger in Carousel (1985), Officer Krupke in West Side Story (1987) and an amusing performance as Ko-Ko in The Mikado. His last director’s role was the musical Guys and Dolls’ at the Kenton in 1994. Martyn loved the outdoors and his real passions were fishing and gardening. He was often seen sitting on local riverbanks fishing with his friends and he was always keen to introduce the sport to anyone who was willing to accompany him.

Martyn was described by many as a “proper gentleman” with a kind and gentle soul.

A good friend to many with a cracking sense of humour is how his friends have said they will remember him.

The funeral and burial will take place at St Helen’s Church, Benson, on Wednesday, January 11 at noon.

The family asks that everyone present wears a splash of colour as Martyn loved bright colours and was always known for his abstract waistcoats and shorts!

Instead of flowers, donations should be made to the Thames Valley Air Ambulance and sent to: Howard Chadwick Funeral Service, 33 Benson Lane, Wallingford, Oxfordshire. OX10 8ED. (Tel. 01491 825222).