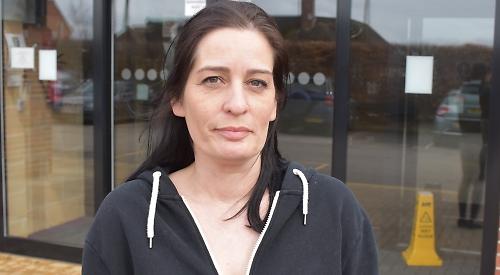 A WOMAN has been honoured for helping young people in Benson.

Tanya Ellis, 40, was presented with a High Sheriff of Oxfordshire’s Award at a ceremony in Oxford yesterday (Thursday).

The award is presented to individuals who have made a significant contribution to their communities.

Mrs Ellis has volunteered at Benson Youth Club for six years and has also been the youth leader in Cholsey for the past six months.

She spends two evenings a week at the clubs and more time organising activities for the youngsters who attend them. She also raises funds and in 2015 completed a sponsored tandem skydive that raised more than £1,000 for new equipment at the Benson club.

Mrs Ellis, who is married with three children, Reiah, 22, Callum, 17, and Leighton, seven, said she was happy but surprised to receive the award.

She said: “I like to be helpful but I don’t do anything that anybody else wouldn’t do.

“If someone needs help they need it and you just get on with it. I’m a great believer in treating people the way you would want to be treated.”

She was nominated by Anna Field, the finance officer at Benson Parish Council, for whom Mrs Ellis has worked as halls manager for 12 years, taking bookings, sending out invoices and caretaking.

Her awards citation says: “Tanya is much-loved in the community for looking out for the vulnerable and giving her time freely to help anyone who needs it.

“She is never fazed by any kind of personal crisis in the village and will always be the first to approach people most of us might like to avoid, no matter whether they are inebriated, looking for trouble or just lonely.

“The two villages would be bereft of any facilities for the older youth without her input and championing.” Mrs Ellis said: “It’s really nice that Anna sees something in me that I don’t see.”

She attended the ceremony at the Michael Dummet Lecture Theatre with her husband Andrew and Mrs Field. The High Sheriff  Jane Cranston presented a total of 18 awards to people from across the county.

She said: “During my year as High Sheriff I have been bowled over by the sheer number of people that give up their time for key and valuable volunteering roles.

“It is a privilege to have this opportunity to recognise and honour just a few of them.”