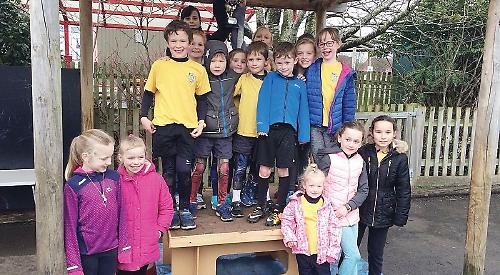 CHILDREN from RAF Benson Primary School are celebrating after winning a cross-country race.

The 14th annual event, held last month, was for primary schools across Oxfordshire and beyond and was held on the sports field adjacent to the school.

All children in years one to six were welcome to race.

They competed in a variety of events, including 640m, 1,100m, 1,300m and 1,700m distances. The event trophy was awarded to RAF Benson Primary for gaining the most points.

In order for the points from a race to be counted towards the total, there had to be a minimum of three children from a school in the race. Medals were also awarded for first, second and third in each race with a participation certificate for every runner.

The school won the trophy in the first two years of the competition, followed by a nine-year drought, before claiming the top prize in 2016 and 2017.