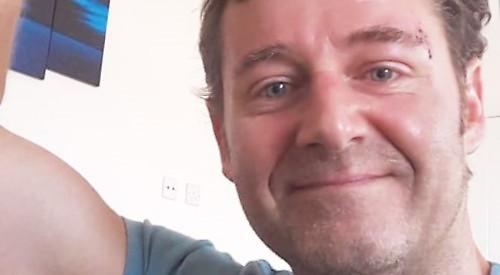 A FORMER serviceman from Benson will be able to buy a new car after winning £15,000.

Jonathan Wheeler won the money on BOTB, an online competition to win a dream car.

He worked in logistics at RAF Benson for 22 years and because he lived on the site, he didn’t need a car.

But since he landed a new job in Reading working in logistics for the fire service, he has needed a car to commute.

Mr Wheeler, 46, said: “I got rid of my own car a long time ago as I simply didn’t have a need for it. But I started my new job about a month ago and set about looking for a car, so this £15,000 is going to help massively.

“I can certainly look at something a bit nicer like an Audi.”

Mr Wheeler was told he had won the weekly prize by BOTB presenter Christian Williams only a day after falling off his bicycle.

He said: “I was out doing some exercise and I must have hit some loose gravel or something and came off. I’m okay but I’ve scuffed the bike up a bit and need all new brakes.

“I’ll probably use some of the money on that too.”

Williams said: “There is nothing better than when we are able to give a prize to someone who really needs it. Jonathan desperately needs a car.”

Since BOTB, which stands for Best of the Best, was founded by William Hindmarch in 1999, it has given away £32 million worth of prizes.