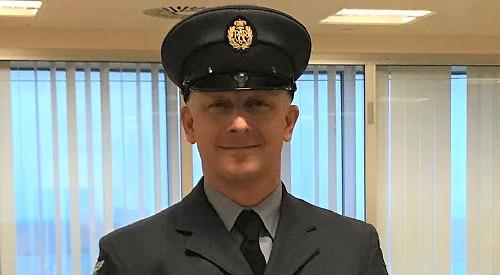 A RESERVIST from RAF Benson has been named the best in Oxfordshire.

Senior Aircraftman Sean Carter, a part-time volunteer reserve with 606 Squadron, was recognised by the South-East Reserve Forces and Cadets Association.

SAC Carter, who owns a kitchen design company in Woking, helped out when RAF Benson was tasked with supporting the UK’s response to coronavirus pandemic.

Despite the pressures of the pandemic on his own business, he quickly relocated to the base as members of the logistics team were deployed elsewhere.

He then helped ensure that everyone had the right equipment in the right place at the right time.

Squadron Leader Andrew Bucknell, officer commanding 606 Squadron, said: “Sean’s support has been exceptional and he has been integral to RAF Benson continuing to deliver its operational output.

“His selflessness and dedication to his service is admirable and he is truly worthy of such an award.”