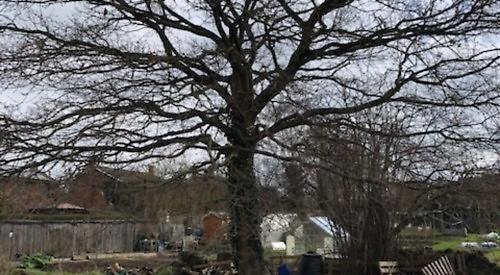 AN oak tree in Benson could be damaged if it is pruned, claims a villager.

Janice Selkirk wrote to the parsh council after the Henley Standard reported it was considering cutting back the tree in Mill Lane as it is overshadowing one of the nearby allotments.

She wrote “I would like to register my disbelief that a tree of such environmental importance should be considered for pruning at all.

“The value of an English oak is beyond measure and for what? A small patch of ground beneath.

“I love trees and we all know that now more than ever trees need to be planted and preserved as they are vital for us going forward.

“This is quite a young oak tree and it has not reached its full maturity.”

The council replied that it does not intend to prune it at this stage.

But Mrs Selkirk said she felt the decision was not “set in stone” and that the same problem could arise in a few months’ time.

The council said that a tree preservation order, designed to protect specific trees, groups of trees or woodlands in the interests of amenity, could be put in place. The council’s land and recreation committee said the tree was at least 60 years old and that to prevent shading, the top of the tree would have to be cut off.

The committee advised that the work could not be done at this time of year because it is bird nesting season and the tree could also be opened up to disease.

The committe also pointed out that according to the Royal Horticultural Society there are 13 types of vegetables and nine fruit plants that are “specifically good for growing in shade”.