Tip won’t be closed, says councillor in jibe at rival 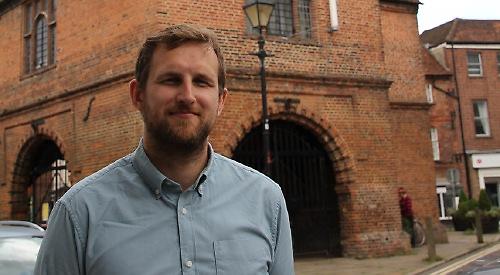 THE waste recycling centre at Oakley Wood will not be closed, says a county councillor, writes Anna Colivicchi.

He said there were rumours circulating among residents and on social media about the future of the site as public consultation was being carried out by the council.

The council is asking residents what they think of the county’s seven waste and recycling centres, saying it will use the information to plan how they are run in the future.

It says some sites are nearing capacity and as the county’s population grows, it wants to ensure the facilities remain affordable and useful.

Councillor van Mierlo, who represents Chalgrove & Watlington on the council, said: “A lot of people have expressed concern and fear that after the consultation the Oakley Wood site might close.

“I followed up with the council and was reassured that the site is not under threat in any way and that the consultation is to improve the facilities and look at ways to run them in the future. There is no plan to close any of the sites.”

Cllr van Mierlo, a member of the Liberal Democrat Green Alliance that runs the council, accused opposition Conservative councillor David Bartholomew of not doing “due diligence before hitting the panic button”.

He said: “It’s a very positive consultation actually and it bothered me that someone would raise fears with residents.

“If Oakley Wood was under threat, I would be the first to campaign for it to stay open but that is not the case. If there was a fear of closure, the first step would be to get in touch and get answers rather than raise fear and concern among residents.

“When we took over [the council], we found that there were plans being made to reduce the sites in Oxfordshire, which is maybe why Cllr Bartholomew was concerned.”

The council did consider shutting Oakley Wood in 2015 to save money but instead decided to keep it open and make it more cost-effective.

Cllr Bartholomew, who represents Sonning Common division, said he had wanted to make sure that as many people as possible responded to the consultation.

He said: “People need to be mindful that in the past the site was going to close and we must ensure people take this opportunity to safeguard Oakley Wood. When there’s a public consultation, it is important for people to put forward their views as they will help shape future strategies.

“I’m not making any judgment about what the consultation is trying to do. In the past, Oakley Wood was under threat and that was removed as a result of public opinion. I’m not saying it’s under threat now.

“I would urge anyone to respond to the consultation and state how important the centre is.”

A council spokesman said: “Oakley Wood is one of our best and highest performing sites. We have no plans or intention to close this site or any site at this juncture.

“The aim of our strategy is to meet future needs as sites are at or near capacity.”