Council leader steps down after ‘difficult’ time for coalition 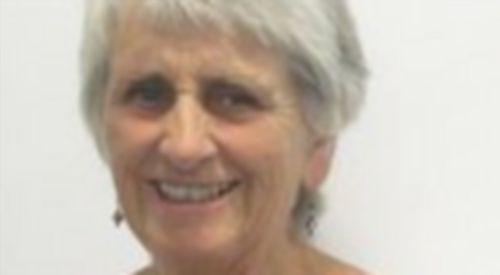 THE leader of South Oxfordshire District Council has stood down.

Sue Cooper, who was appointed in May 2019, said she had found the role hard work and wanted to spend more time with her family.

She has been a councillor for 23 years and will continue to represent the Benson and Crowmarsh ward for the Liberal Democrats, who control the council in a coalition with the Greens.

Councillor Cooper was expected to be succeeded by David Rouane, cabinet member for housing and environment, at a council meeting yesterday (Thursday).

Cllr Cooper, who was appointed after the Conservatives lost control of the council, said: “I was very pleased and honoured to be appointed and I have enjoyed being leader.

“It is extremely interesting but it’s also extraordinarily hard work.

“I spend all day, every day in front of a computer and then all evening catching up on emails. I have six children and 14 grandchildren and I would like to spend more time with them.

“I also feel that it has been a difficult two-and-a-half years. There was a very contentious local plan that we were forced to put through by the Secretary of State and then we have had covid and that’s still ongoing.”

The council adopted the plan after being effectively ordered to by the Government when the new coalition threatened to scrap or rewrite it.

Cllr Cooper was one of a number of councillors who voted against implementation, saying the plan had been created by the previous Conservative administration and made provision for too many houses and none for environmental aspects.

She now wants the council to pursue a new joint local plan with neighbouring Vale of White Horse District Council.

Cllr Cooper said: “Two-and-a-half years ago there was a really big change in the council and there were only two of us in the new administration that were previously on the council. It was somewhat unreasonable to expect a new councillor to take over as leader. David Turner was perhaps a more obvious leader, but he was tied up with fighting against Chalgrove as a strategic site in the local plan.”

Cllr Cooper, who lives in Ewelme, said she was proud to have overseen the council during the coronavirus pandemic and was pleased that strides were being made towards helping the environment.

She hopes to remain cabinet member for climate change and nature recovery.

She said: “It has been a real honour to establish a new partnership cabinet. It has been a really co-operative time, especially in individual communities during covid. We are very keen to see that support continue.

“I want to continue to be a councillor for the foreseeable future. I know my area well and enjoy looking after my patch.

“I want to thank all the people I’ve worked with in the administration. There are some differences but most people want to co-operate for the good of South Oxfordshire, which is why we were all elected.”

Conservative group leader Jane Murphy said Cllr Cooper had worked hard over many years for the residents of her ward and South Oxfordshire.

But she added: “After 30 months of talk, her successor as leader of the Lib Dem/Green alliance will find a big in-tray waiting and some serious, unaddressed challenges building up.

“They swore they would stop house-building here but we residents are now facing uncontrollable development across the district after a planning inspector ruled the council had failed to maintain its five-year housing land supply, one of any planning authority’s most basic duties.

“They said taxpayers’ money would be safe in their hands but the council is dipping further and further into our reserves in pursuit of their grandiose schemes.

“There has been plenty of rhetoric about climate change and aggressive targets on reaching net-zero — but we have yet to see any evidence that the council has reduced the district’s carbon emissions by so much as a gram.

“It’s time they stopped talking and got on with working for the interests of the people of South Oxfordshire.”