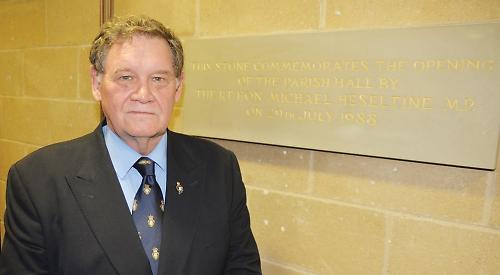 THE parish clerk in Benson is to step down at the end of the year after more than four years.

Pete Eldridge, 66, currently works 25 hours a week for the parish council and is also the village’s Poppy Appeal organiser, president of the Benson Veteran Cycle Club and secretary and treasurer of the Benson Community Association.

Mr Eldridge, who lives in Brook Street with his wife Jean, said: “We all tend to have a go at public officials, don’t we?

“When you become one, like me, you suddenly realise how difficult it is to maintain enough time to deal with all the people you have to deal with. I am amazed at the quality and dedication of the people who volunteer to give up their time to be councillors. They are often unrewarded and unsung.”

Mr Eldridge started work at age 15 when he joined the Army Apprentice College in Chepstow as an apprentice welder.

He then trained to become a soldier and served in the army for 33 years in both Germany and the UK. He spent most of his career supporting the Cold War effort and taught combat engineering and basic training for recruits.

After leaving the army in 1999, he worked in computer support at RAF Benson, supporting helicopter air crew training.

Mr Eldridge says he will spend his retirement visiting friends and enjoying coast to coast walks.

The council has received 28 enquiries about the vacancy and eight application packs have been returned.

Members have agreed to engage Bethan Osborne, a human resources consultant, to help with interviews at a cost of not more than £500.