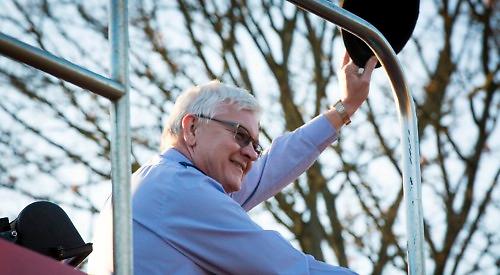 AN air traffic controller at RAF Benson has retired after 38 years.

Warrant Officer Thomas Davies served at the Oxfordshire base for the last 13 years of his career, his third spell there.

He joined the RAF in 1978 and worked at RAF Scampton and RAF Benson in the late Seventies and early Eighties and later at RAF Brize Norton.

He also served at RAF Waddington and RAF Abingdon before moving back to RAF Benson in 1992.

In 2011 he was awarded the Meritorious Service Medal for his services to the RAF.

WO Davies received a commendation in the Queen’s Birthday Honours list in 1982.

He also received the Royal Victoria Medal in recognition of his exceptional service on the Queen’s Flight.