Hundreds of mourners at funeral of village show stalwart 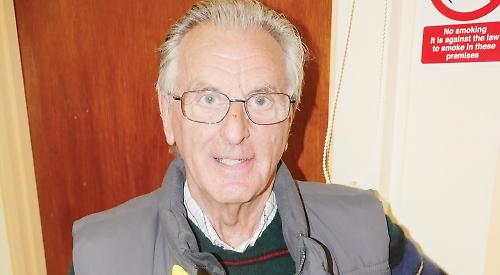 ABOUT 300 people gathered to pay tribute to a pillar of the Binfield Heath community.

Crowds lined the streets of the village for the funeral of Francis Williams, who died on October 2, aged 78.

Mr Williams, a former chairman of the Binfield Heath Flower Show, whose father Ray helped found the show in the Forties, was laid to rest on Wednesday last week.

The village church was full to capacity for his service with about 30 people having to stand at the back and sides and more than 100 outside either seated or standing for more than an hour.

The funeral, which was led by pastor Tom Brand, included the hymns All Things Bright and Beautiful and How Great Thou Art, a reading from Ecclesiastes, prayers and music — The Old Rugged Cross — as guests left.

The eulogy was written by his family and read by church elder Ninian Lowis.

Mr Lowis then spoke very personally about the last time he was with Mr Williams. He held Mr Ninian’s hands as he read the 23rd psalm.

Pastor Tom then gave a talk, referencing a child’s book of prayers that Mr Williams had given him in 2010.

Mr Williams had received the book from his parents as a six-year-old for Christmas in 1945.

Pastor Tom read selectively from the book and built his story about Mr Williams using these prayers.

The funeral was followed by a committal at Dunsden graveyard in the warm sunshine.

The Crown pub in Playhatch was full to overflowing for his wake.

Mr Williams was regular competitor in the Binfield Heath Flower Show, as well as others in the area, including those run by the Chiltern Edge Horticultural Society. He was a long-serving member and supporter of the society, along with his father, and the pair regularly took away silverware.

Their quality and quantity of show entries became legendary with many other entrants trying hard to beat them.

Mr Williams’s knowledge of horticulture was extensive, with speciality in vegetables, which he enjoyed sharing with anyone who asked.

Pastor Tom said it the most people his church had ever welcomed for a funeral service.

“He was a great guy,” he said. “He let out a series of allotments just opposite the church and led the flower show for many years so he was a real community village person — everybody knew him.

“If you asked him to do something he would always go out of his way and was a generous and kind man.

“When I first came to Binfield Heath Francis and I both soon discovered we both liked chocolate and he gave me this huge box of chocolate digestive biscuits.”

A full obituary on Mr Williams is published in this week’s Henley Standard.