Plomer Cup holders get new season off to winning start 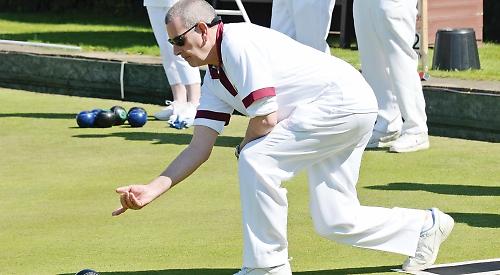 PLOMER CUP holders SHIPLAKE opened their defence of the trophy with a 99-87 win at CAVERSHAM to secure eight points to the hosts’ four.

On the first rink Shiplake triumphed 26-15 with Graham Kennedy scoring a five in the process. Barrie Evans’s rink were level 6-6 after seven ends before they pulled away to win 29-11 while Matt Shepherd’s rink eased to a 20-10 win.

Daphne Jacob’s rink, who were level 5-5 after four ends, found the going tough as they eventually went down to a 32-13 defeat. On the fifth rink Shiplake had to lose a player due to unforeseen cirumstances which led to Caversham defeating Wendy Cross’s rink 18-16.

SHIPLAKE suffered their first defeat of the season as they went down 107-86 away to ROYAL HOUSEHOLD in a five rinks friendly.

The visitors’ only winning rink of the afternoon was that of Francis Benham, Dave Harris, Margret Bullock and Martin Cranstoun who stormed to a 9-0 lead. Benham won three ends on the trot that included a seven on the ninth as the Shiplake rink triumphed 24-14.

SHIPLAKE LADIES made a successful start to their season with a 52-42 win away to TILEHURST.

Sylvia Blackmore started well and never allowed the home team back into the game, becoming the highest winning triple by 15 shots.

In a game which ebbed and flowed, Daphne Jacob clinched a one-shot victory on the final end.

Ruth Copp’s triple fell behind early on then rallied to trail by only one shot, but the home team pulled away again to win by six shots.

On Wednesday of last week SHIPLAKE ran out 95-53 winners at WOODLEY in a five rinks friendly match that was shortened to 15 ends.

SHIPLAKE secured all 12 Plomer Cup points as they won on all five rinks to defeat DIDCOT 118-72 at Memorial Avenue on Saturday.

SHIPLAKE ran out comfortable winners against visiting side ABINGDON in a six triples friendly match on Sunday.

The hosts won on five of the rinks played to record a resounding 124-74 win with only Wendy Cross’s rink losing, going down 17-13 despite being 10-0 ahead after five ends.