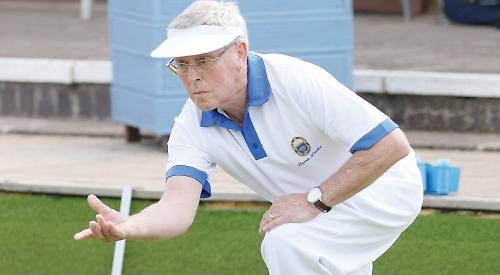 HENLEY went down to a 96-75 defeat at home to CAVERSHAM on Saturday in a friendly encounter.

HENLEY suffered a heavy 122-55 defeat on Sunday when they hosted THAME in a five mixed triples friendly match.

Richard Kingston with John Cross and Len Snelgrove were the lowest losing rink, going down 16-12. The other four losing rinks saw Frank Powell with Rosie Maybury and Peter Borsberry go down 25-15, Barrie Davies with Nigel Bridges and Maurice Robins 25-11, David Burdon with Trish Jones and Jim Woodford 27-9 and Gill Robins with Andy Scott and Dave Silvester 29-6.

On Wednesday of last week HENLEY ran out 89-67 winners in a five rinks mixed friendly with visitors PROSPECT PARK.

HENLEY MEN started the season with a win on four of the five rinks triples in a friendly away at CAVERSHAM.

SHIPLAKE LADIES continued their good form into the second match of the season with a 53-39 away win at THREE MILE CROSS.

Daphne Jacob’s triple were always ahead, scoring five without reply after four ends. They maintained their lead until Three Mile Cross fought back to within a point, but Shiplake held on to win 14-12. Captain on the day Helen Robinson lost the first end but this was the only time her triple were behind, scoring consistently throughout and becoming Shiplake’s highest winning rink 19-10.

Ruth Copp’s triple were 14 points ahead after 10 ends, however the opposition scored well during the remainder and Shiplake’s lead was 20-17 at the finish.

The rink skipped by Jim Bland led at the start, but were pulled back level by the halfway, but dropping both a four and a three proved costly giving the home side a winning margin of three.

Ryan Buckett saw his team struggle from the start, and despite making more of a fist of it in the second half, went down by three shots.

Graham Kennedy’s rink put ten shots on to the board without reply, but could not sustain this performance as the home side hit back. However they managed to hang on for a draw. The four of Barrie Evans, who had Steve Cubbage playing his first ever match, initially went behind, then overtook their hosts by halfway only to fall five shots behind after 12, but outscored them in the closing stages to win by six shots and earn Shiplake an honourable overall draw.

SHIPLAKE got their Oddfellows Triples League campaign off to a winning start as they defeated reigning champions BURGHFIELD on Wednesday of last week.

The visitors triumphed on three of the five rinks played and won by 81 shots to 79, securing 10 league points to their hosts’ four.

Jim Bland’s triple found the going tough on the first rink as Burghfield opened up a 10-shot lead before eventually winning 19-12. On the second rink Barry lambourne’s triple came from 7-0 down to win 18-16 while Wendy Cross’s triple ran out 18-15 winners. Graham Kennedy’s rink won 18-11 while the fifth rink, skipped by Barrie Evans, went down 18-15.

SHIPLAKE ran out 106-100 winners in a friendly fixture at SUTTONS on Saturday where the villagers triumphed on three of the five rinks played.

Wendy Cross’s rink eased to a 23-17 win while Ryan Buckett’s rink gained the best win of the day for the visitors as they ran out 30-13 winners. The final rink, skipped by John Gutteridge, went down to a 31-12 defeat.