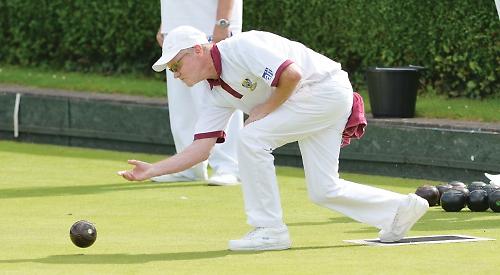 SHIPLAKE suffered their first Oddfellows Triples League defeat of the season on Saturday when they went down 116 shots to 77 at HURST having won on just one of the five rinks played. Hurst picked up 12 league points to Shiplake’s two.

The visitors’ only triumph came on the first rink skipped by Graham Kennedy. The trio raced to a 21-7 lead before Hurst grabbed a five to reduce the arrears eventually to 26-16.

On the second rink skipped by Daphne Jacob Shiplake took the lead early on, 3-2, before Hurst upped their game to eventually run out 30-13 winners.

Melvin Stafford’s rink went down 26-10 while Wendy Cross’s triple lost 25-13. The final rink of the day, skipped by Len Mitton, got off to a disastrous start as they trailed 13-0. Shiplake hit back to reduce the arrears before eventually going down 19-15.

SHIPLAKE returned to winning ways on Sunday when they edged out visitors GREAT HOLLANDS in a five triples friendly encounter at Memorial Avenue by 86 shots to 80.

On the first rink the Shiplake triple skipped by Dave Webb enjoyed a good first half winning eight ends to Great Hollands two for a 14-4 lead. Great Hollands won six of the next eight ends but the hosts held on to win 17-11.Wendy Cross’s rink, who were l vel at 8-8 after seven ends, went on to win 20-15 while Melvin Stafford’s rink narrowly went down by a single shot, 20-19. Sylvia Blackmore’s trio made a good start but the visitors clawed their way back to run out 22-18 winners. Matt Shepherd’s triple led 10-4 before Great Hollands hit back with the eventual outcome being a 12-12 draw.