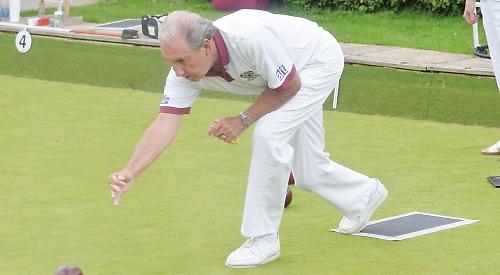 HENLEY had mixed fortunes in their two matches played last weekend. On Saturday, in a four triples mixed friendly at home to HEADINGTON, the host club ran out 74-57 winners.

Norman Daniells with Di Woodford and David Maybury had a more comfortable game leading from the outset to finish 26-9 winners while Peter Borsberry with Len Snelgrove and Jim Woodford eased home 22-11. Sally Daniells with Keith Lawrance and John Cross encountered a strong triple to lose the only rink of the day for the hosts, 20-8.

SHIPLAKE had a successful derby day win at HENLEY on Sunday where they ran out 113-58 winners in a combined Plomer Cup and Oddfellows League clash.

The visitors, who won on four of the five rinks, secured 10 Plomer Cup points to the hosts’ two and 12 Oddfellows League points to Henley’s two.

SHIPLAKE increased their chances of survival in Division 2 of the Oxfordshire League as they defeated league leaders KIDLINGTON 81-78 at Memorial Avenue on Thursday of last week, collecting four points to the visitors’ two. Skip Barry Lambourne’s rink made a good start, but then fell behind at the halfway mark, and although the second half was pretty even, the visitors ran out winners by seven shots. It was a frustrating evening for Barrie Evans’s rink who fell behind at the turn, but fought back to match and then take the lead after fourteen ends, but then totally capitulated to lose by 14 shots.

Graham Kennedy’s four led from start to finish, totally dominating their opponents, and despite dropping a few towards the end, ran out easy winners by 17.

Comeback of the evening went to Jim Bland’s rink, who started poorly, and were seven shots down by midway, but then took complete control and a five shot score on the last not only sealed a seven shot victory, but also the overall points for the home team.

On Saturday SHIPLAKE ran out 124-65 winners in a six rink friendly match at WROUGHTON.

Dave Webb’s rink cruised to a 34-5 win while Graham Kennedy guided his side to a 15-8 triumph.

Barries Evans’s rink came from 11-8 down to run out 26-12 while Jim Bland’s rink suffered the only defeat of the afternoon for the visitors as they went down 14-10.

Last Sunday saw GORING HEATH run out 72-40 winners in their home Plomer Cup match with DIDCOT where the hosts won two of the three rinks played.

The closest match was on rink two where the hosts’ Felicity Abbot, John Nichols, Ian Gair and skip and club captain Daphne Walker were ahead 10-8 at the halfway mark, after which Didcot drew level and the match swayed back and forth until all square at 18-18 after 20 ends. In the final sudden death end, Didcot put a wood right on the jack and Goring were unable to dislodge it, losing the game 19-18.