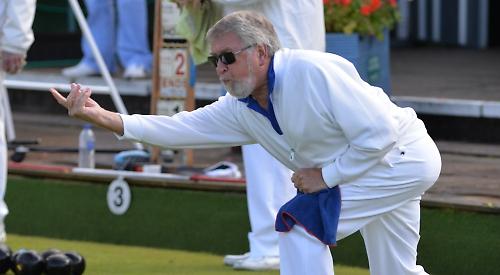 HENLEY ran out 82-70 winners in their final Oddfellows Triples League match of the season at HURST last Saturday.

With the resulting 10 points Henley just managed to leapfrog last year’s winners Burghfield into fourth place in the league table.

Colin Ward with Angelika Crisa and Dave Silvester returned the highest winning rink, 20-7, while David Burdon with Brian Borsberry and Sally Daniells ran out 20-13 winners after being 10-8 down after 12 ends.

Gill Robins with David Maybury and Norman Daniells romped into a 17-7 lead after 14 ends but then fell away to run out 19-13 winners. Richard Kingston with Jenny Wingrove and Peter Watkins narrowly went down 15-13, after being 12-9 up after 12 ends. Barrie and Jeanie Davies with Peter Borsberry lost 22-10.

On the Sunday HENLEY narrowly lost out at home to THREE MILE CROSS in a friendly five rinks mixed triples match by three shots.

Gill Robins with David Maybury and Andy Scott won 16-10 with the team’s being evenly matched at 8-7 after 10 ends while Norman Daniells with Angelika Crisa and Jim Woodford triumphed 21-17, having led 15-2 after seven ends.

Richard Kingston with Kevin Browne and Theresa Dombey dropped three shots on the last two ends to draw their rink 14-14.

Peter Borsberry with John Cross and John Rees lost 17-14 while Peter Watkins with Keith Lawrance and Maurice Robins went down 19-9.

This season’s Plomer Cup winners, SHIPLAKE, had to settle for a draw against visiting side CAVERSHAM on Saturday.

The hosts won on three of the five rinks but lost overall 91-86 with both teams securing six league points each. Sylvia Blackmore’s rink picked up a narrow 17-6 win while Daphne Jacob’s four won 19-13.