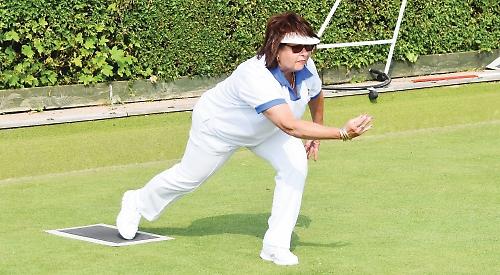 HENLEY secured 11 Oddfellows League points from their match at GORING on Wednesday of last week.

The visitors won on two of the three rinks played and by 61 shots to 53, a result that saw the hosts secure three league points.

The rink skipped by Gill Robins with Richard Kingston at one, Andy Scott at two and Norman Daniells at three, found the green challenging and lost narrowly 22-17.

HENLEY gained back-to-back league wins on Sunday when they defeated PANGBOURNE by 104 shots to 48 to secure 12 Oddfellows points to the visitors’ two.

The only setback for Henley was the rink skipped by David Burdon with Angelika Crisa at one and Maurice Robins at two who narrowly went down to an 18-14 defeat.

SHIPLAKE ran out narrow 82-79 winners in their home friendly against THREE MILE CROSS on Wednesday evening of last week where the hosts won on three of the five rinks.

Barry Lambourne’s rink were in good form as they raced into an 8-0 lead before going on to win 22-6 while Matt Shepherd’s four were leading 7-3 before eventually going down to a 25-15 defeat.

Dave Webb’s rink had a closely fought match before eventually winning 18-16 while Wendy Cross’s rink were behind throughout their rink as they lost 18-7.

SHIPLAKE MEN and hosts HANBOROUGH picked up three Oxfordshire League points each in a match that saw the hosts narrowly win 68-65.75.

Jim Bland’s rink raced into a 10-3 lead before the hosts pulled four shots back. Shiplake then pulled away to win 19-11.

Dave Webb’s rink were 6-3 up after five ends before the hosts hit back to lead 14-6. Shiplake hit back to lead 19-16 with four on the penultimate end. The last end was a tight affair with Hanborough being restricted to a two-shot win to leave the visiting rink triumphant.

Being a player short, Tony Reid’s rink knew they would be docked 25 per cent from the score. His side held their own for a time but eventually went down 31-9.

Graham Kenndy’s lead, Mark Belcher, was in good form against the Hanborough lead and helped to give his side the foundation of a 21-8 win.

SHIPLAKE narrowly lost out by 81 shots to 79 when they went down three rinks to two away at MARLOW on Saturday.

The first rink, skipped by Melvin Stafford, eased to a comfortable 21-13 win while Wendy Cross’s rink led 4-1 early on before going behind and eventually losing 14-9.

SHIPLAKE triumphed in their Oddfellows Triples League match at HARWELL on Sunday where they won on three of the five rinks by 86 shots to 73 to gain 10 points to the hosts’ four.

Matt Shepherd guided his rink to a 19-15 win while Sylvia Blackmore’s trio were 8-0 before being pegged back to 11-11. The Shiplake rink then pulled away to win 23-14. Jim Bland’s rink had a comfortable match winning 18-13.