Mixed fortunes for Henley in league and cup fixtures 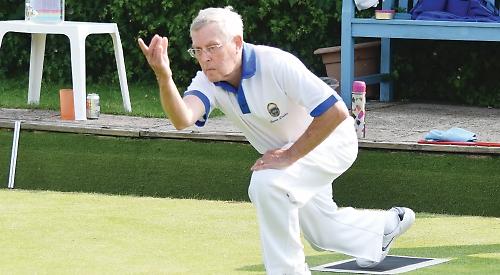 HENLEY suffered their heaviest defeat of the season on Wednesday of last week when they went down to a 94-76 defeat at READING UNIVERSITY in the Oddfellows Triples League.

The visitors lost four of the five rinks and picked up just two league points to the hosts’ 12.

Henley’s only winning rink was skipped by Richard Kingston with Andy Scott at one and Jeanie Davies at two, with a one-shot advantage on end 14 they scored a seven on end 15 to give them a comfortable advantage as they went on to win 24-17.

HENLEY had better fortunes in their Plomer Cup match at WATLINGTON on Saturday where they won on three of the five rinks to win 85-73. Henley gained eight cup points to the hosts’ four.

The highest winning rink for Henley was skipped by Barrie Davies, with Andy Scott at one and Joan Edwards at two as they triumphed 22-11.

On Sunday HENLEY ran out 87-74 winners in a home friendly against High Wycombe side BASSETSBURY MANOR.

SHIPLAKE eased to a comfortable 73-32 Oddfellows Triples League win at home against a depleted PANGBOURNE side on Wednesday of last week.

The visitors could only field three sets of triples, giving Shiplake four points before a bowl was bowled. Shiplake eventually secured all 14 points from the match.

SHIPLAKE boosted their Oxfordshire League Division 2 survival hopes after running out 73-46 winners against visitors HANBOROUGH on Thursday of last week. The result saw the hosts pick up 4.5 points to the visitors’ 1.5.

Graham Kennedy saw his side make a comfortable start dropping just two shots over the first 10 ends. A five against on the 13th gave Hanborough some hope with scores at 14-8 but Shiplake consolidated their lead to win 19-11.

Matt Shepherd’s rink were held to a 15-15 draw while Dave Webb’s rink lost 16-9. Jim Bland’s rink got off to a good start and never looked back as they comfortably won 30-4.

SHIPLAKE won on all six rinks in their friendly match at CIPPENHAM on Saturday.

Pete Christmas’s triple won their first five ends to lead 9-2 before pulling away to win 16-4. Dave Webb’s rink raced into a 10-2 lead before winning 14-10 while Jim Bland helped see his rink to a comprehensive 23-7 win.

SHIPLAKE left visitors TILEHURST in a spin during last Sunday’s friendly five-triples match at Memorial Avenue in a match that saw play briefly interrupted when a mini whirlwind appeared and crossed the green. The hosts won on four rinks to record a 108-49 victory.

Dave Webb’s rink were leading 5-4 after six ends before pulling away to win 26-9 while Graham Kennedy’s rink won 20-10.

Melvin Stafford’s rink were level after 10 ends at 7-7. As the match progressed the visitors went 12-8 up before holding to win 13-10.

Pete Christmas saw his rink win 19-9 while Wendy Cross guided her rink to the biggest win of the day, 33-8.