Shiplake put on their Sunday best in triples friendly victory 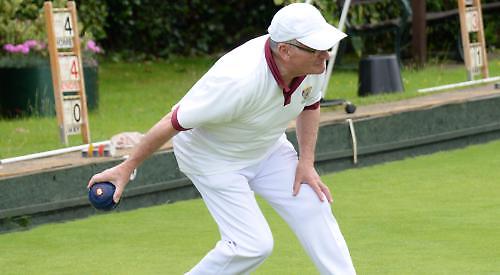 HENLEY, having had their midweek game postponed due to rain, lost out in a newly-reinstated fixture at SUTTONS on Sunday.

Despite losing the match narrowly 86-85, the visitors won three of the five triples rinks played.

Frank Powell led his triple into an early lead only to see a mini revival by their opponents to leave them 8-6 down after nine ends. However, a more sustained rally saw them re-take the lead and win seven of the nine remaining ends to win 19-11.

Barrie Davies’ triple found themselves 5-1 down after three ends and retaliated with a four and five on consecutive ends to lead 11-10 at halfway. Thereafter Henley continued to increase their lead, finishing nine shots ahead.

Skip David Burdon's triple, after a bright start, found it frustrating to go down by one shot on too many successive ends but perked up and reduced the deficit only to see all of their good work undone by dropping a six on the last end.

Peter Borsberry's triple were nip and tuck to be level halfway but slipped to three down after 15 ends. A five shot win followed on the next end followed by a two, and though losing by one shot on the last end, helped them to win by three shots.

SHIPLAKE ran out winners in their five rinks triples friendly match at home to TRENTHAMS on Sunday by 88 shots to 68.

On the first rink skipped by Matt Shepherd Shiplake started slowly and trailed 8-1 after five ends. The rink then stepped up a gear to go 16-8 ahead at 11 ends before Trenthams came back again to be one shot behind with one end to play. Shepherd and his team then picked up two shots to win 20-17.

On the second rink skip Jim Bland, his daughter Katie and Bill Blackmore went 12-4 up but in to the last end one up. With Trenthams holding one to draw the rink, Jim with his last bowl turned out the Trenthams wood to give him and his rink three shots and a 19-15 win.

The third rink skipped by Melvin Stafford had a good tussle with the lead changing several times with Shiplake playing the last end two shots down. The home rink didn’t give up holding two with a wood to come Stafford drew another to give Shiplake three shots and a 14-13 win.

Wendy Cross and her rink were always in control going 11-2 up at nine ends. Trenthams did pull five shots back at 11-7 then Cross and her team stepped up a gear scoring 10 shots to Trenthams’ three to win 21-10.

Dave Webb’s rink saw another tight match as Shiplake started well only for Trenthams to go in front at 15 ends with one end to play. Shiplake trailed 13-12 before Webb’s rink picked up two shots to win 14-13.

SHIPLAKE moved to the top of the Oxfordshire League’s Division 3 table after beating second placed CHADLINGTON 64-55.25 on Thursday of last week to secure five points to the visitors’ one.

Shiplake triumphed on three of the four rinks played. The only loss was on Graham Kennedy’s rink who were up against three players instead of the usual four due to the visitors being a player short. This can be a big advantage as two players play with three bowls each even though they lose 25 per cent of their score. In the end it went down to the wire with Shiplake holding four on the last only to be undone by a fortunate wick for the Chadlington skip that gave them the shot and with it, their one and only win on the night, 17.25-15.