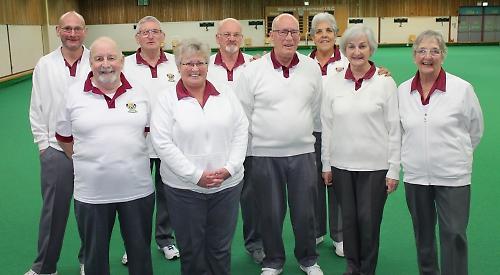 SHIPLAKE lost out on all three rinks in their top-of-the-table Secretary’s Cup clash with TILEHURST at Rivermead on Wednesday of last week.

Going into the match with just two points separating the sides in the table, Tilehurst comfortably won the tie by 80 shots to 26 and secured 10 points to Shiplake’s 0.

The first triple, skipped by Wendy Cross, found themselves under the cosh early on as they trailed 10-1 after four ends. Cross secured five shots on the seventh end before Tilehurst moved 16-8 ahead after 10 ends. Kennedy dislodged two bowls and the jack to give his side another four but Tilehurst themselves grabbed a four to triumph 25-10.

The second triple, skipped by Daphne Jacob, also found the going tough as they trailed 9-0 after five ends. A three on the sixth end got Shiplake off the mark as they trailed 12-7 before eventually losing 25-9.

Matt Shepherd’s rink trailed 6-4 before slipping further behind at 15-4 at the halfway stage. Tilehurst then pulled away to comfortably win 30-7.