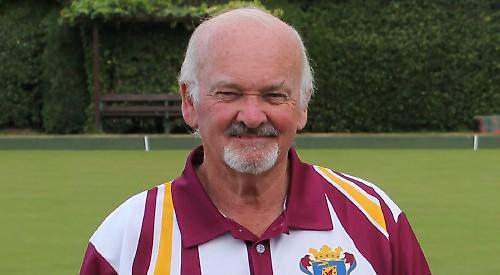 A TOTAL of 22 players took part in a game of “Killer Bowls” at Shiplake on Sunday.

Members of Shiplake Bowls Club who have been self-isolating during the coronavirus pandemic came along to watch the inter-club competition.

With 11 players on each of the two rinks, each player had two bowls to play with, initially taking it turns to bowl in numerical order.

Normal bowls rules applied with only the player with the bowl furthest away having to forfeit that bowl, whilst the nearest to the jack took the mat.

The two remaining players of each rink were to go through to the final.

Rink 1 saw John and Clare Gutteridge come through after a close encounter with Jean Webb, who had been a strong contender up to that point.

Rink six saw Dave Webb come through together with a resurgent Graham Kennedy.

After a break, the four finalists squared up for the final kill. Early ends showed some nervousness but Webb looked to continue his fine form, drawing well.

Clare was the first to fall whilst John was the last to hold on to two bowls and was looking to carry the advantage until he went too long on his own jack with his first of his two bowls. This left it a three-way single bowl shoot-out and it was Webb who faltered and just missed out.

The next and final end saw Kennedy leave his wood to within a foot of the jack and fractionally behind. Gutteridge saw an opportunity to rest it but, frustratingly for him, his attempt lacked sufficient weight, just tailing over at the end, leaving Kennedy with a comfortable shot for the win.

All four finalists received a coveted glass, which marks the club’s centenary this year, and a small cash prize.

Formed in 1920 by the then landlord of the Plowden Arms, Shiplake, the club moved to its present ground behind the memorial hall in the Thirties.

• Shiplake Bowls Club has new shirts designed for its centenary year, which are sponsored by GD Evans Interiors and Villars Hayward LLP.