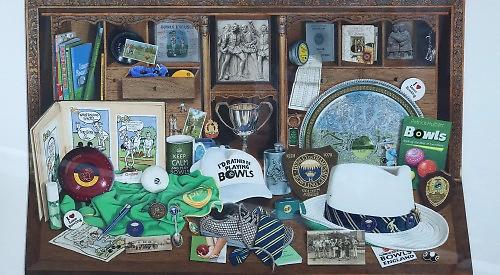 DESPITE having an unusual summer due to covid-19, Henley Bowls Club has managed to keep its members playing the game.

Although Henley haven’t played any other clubs this season, they have been playing regular games of singles and pairs, both of which have been relatively easy to play whilst maintaining social distancing.

The club experimented with triples and, despite having four players at one end of the rink, by playing across the green instead of to the river, players were able to maintain the two-metre gap.

This season the club attracted eight new bowling members and decided to start their spoon drive competition. This triples competition was played out as pairs to make social distancing easier.

The eight teams of pairs were drawn at random with Brian Duddy and Peter Borsberry beating Derek Gillespie and Keith Lawrance in the opening matches.

Earlier this month member Bill Mundy presented the club with a watercolour of club memorabilia.

The painting, which took him more than 300 hours to complete, will hold pride of place in the clubhouse.

With the season now ended, lawn maintenance specialists Avonmore Associates have started to relay the green for next season.