Bowls clubs getting ready to re-open for new season 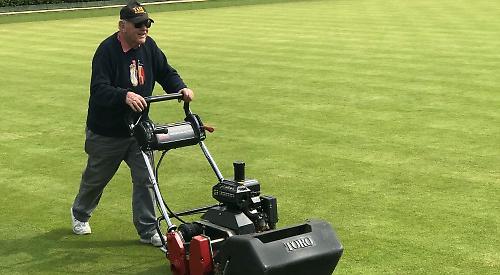 BOWLS clubs are gearing up for the new season following the disruption caused by the coronavirus pandemic.

Outdoor sports facilities can
re-open from Monday but clubs are unlikely to play competitive matches until later in the year when further guidance has been received from the sport’s governing body, Bowls England.

They have had to maintain their greens, even though these have not been in use for long periods.

Henley Bowls Club in Mill Meadows lost about £7,000 last year, despite receiving a £1,500 grant from Sport England’s community emergency fund, as it waived fees for its 80 members in order to keep numbers up.

Kevin Browne, acting treasurer and membership secretary, said: “We had a bad year financially as we normally break even.

“But we always have some reserves in place for when we need new equipment. Just running a green costs about £9,000 a year.”

The club is not sure when it will re-open as the green is near the river so can be quite damp and if it is used too soon, it can be damaged.

Mr Browne said: “We would normally start our season at the end of March with a spring get-together to take all the subscriptions but with the lockdown I’ve done everything online. I have 57 playing members and 22 social members already.

“We don’t usually open our green until late April. At the moment, April 12 is a target that we might look at. It may be a bit later depending on the state of the green.”

Mr Browne expects there to be restrictions on how matches will be organised this season.

He said: “We know we can get four triples on the green socially distanced and we have room on the patio to set up for 24 people.

“We are slightly more bullish than other clubs we’ve spoken to, who aren’t really declaring their plans at the moment. It all depends on what Bowls England advises.

“It looks like the general consensus among clubs will be a maximum of three triples, when we would normally play five. People are still hesitant and a number of clubs are worried they might struggle to fill five triples.”

Wargrave Bowls Club, which has about 50 members, is also hoping to restart next month at its green at the recreation ground in East View Road.

The site remained closed for most of last year and was only accessible in July and August for people from the same household.

Players had to wear protective equipment and all the equipment had to be sanitised after use.

Treasurer Marion Pope said: “We’re still not sure what is happening. The men have been preparing the green but until we hear from Bowls England we don’t know what the situation will be. We had to close last year to comply with the insurance and we only had roll-ups in the summer so it was very difficult.

“Nobody had had a jab at that time, so it was a case of the green being there but it not being used that much.

“We had no income because we weren’t able to open the bar. We were lucky to get a grant from Wokingham Borough Council because we are classified as a business.

“We haven’t had to use that yet but before we start this year we will have to pay for water, insurance, green maintenance and mower repairs, so we will need it.

Shiplake Village Bowling Club is hoping to re-open on April 14, depending on the advice of Bowls England.

Chairman Len Mitton said that some of the 45 members were being “very cautious” about the easing of restrictions.

He said: “A lot of the more senior people are still taking precautions. We’re tied by what the Government decides as well as the controlling body.

“When we re-open, social distancing will still be in place but we hope to start matches by the end of April.

“Quite a few members we see regularly because they are working on the green a lot of the time and that is in a good condition.

“It needs attention all the time and we did have vandals break in and play football on the green. It has been an ongoing thing, with traffic cones being left there.

“We have received some generous grants from Bowls England, the Bowls Development Organisation and from the local council.

“We hope to have a full season and get back to normal and we have recruited a few new members over the winter, which is encouraging.”

Caversham Bowls Club, which has about 100 members, is hoping to re-open its green next to the Albert Road park on April 17.

It was able to re-open briefly last summer but there were no matches or competitions.

Harry Halmsley, membership secretary, said: “It has been tough. I normally play about 60 to 70 matches a season and I played probably 10 times last year. People have got out of the rhythm of playing, so it feels very different.”

The club received a small business grant worth £8,000 to offset its losses.

Mr Halmsley said: “Everyone paid their fee last year but we can’t justify charging the full fee this year. We are only charging about 20 per cent, so we will lose money after maintaining the green. The grant will help us to break even.

“I think we will be late starting and won’t be able to have everything back until all the restrictions have gone in June.

“Most of our previous members have rejoined and we have a few new ones. We hope to have an open day later in the year to encourage people as well.”