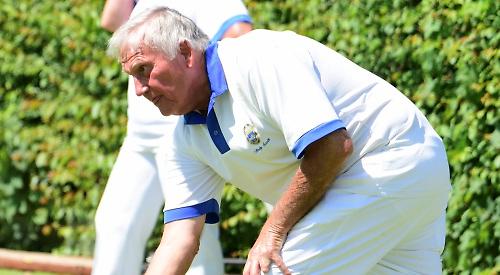 HENLEY went down to a 52-44 defeat at DIDCOT on Wednesday last week in their three triples Plomer Cup match.

The visitors, who lost on two rinks, picked up three league points to the hosts’ nine.

Barrie Davies, with Joan Edwards and Peter Borsberry, ran out 17-14 winners in a closely fought match.

Simon Hatcher, with Kevin Browne and Jo Wilson, were nine down after five ends, and 11 down after 12 ends. They picked up six over the remaining ends, but went down 18-12.

Dave Wilson, with Richard Kingston and Jeanie Davies, were8-8l after five ends, but gradually fell away to six down after 11 ends and drew closely to trail 16-15 after 15 ends, but could not maintain their momentum, and went down 20-15.

On Sunday HENLEY lost out to MAIDEN ERLEGH in a four triples Oddfellows League match.

Despite winning on two rinks, Henley lost out 70-60 to claim five league points to the visitors’ nine. Barrie Davies, with Romy Painter and Steve Sullivan, led by one shot after seven ends before racing into a 17-8 lead after 12 ends and falling away to 17-14 after 16 ends, before eventually running out 19-14 winners. Dave Wilson, with Lynn Sayer and Andy Scott, were nine up after nine ends but pegged back to 16-16 after 17 ends only to run out winners by one shot, 17-16. Peter Borsberry, with David Maybury and Jeanie Davies, were 7-7 after nine ends but fell away to 11 down after 15 ends before picking up a five and then going down 22-14.

Gill Robins, with Angelika Crisa and Peter Watkins, were level after seven ends, picking up two on the next end but three down after 15 ends before falling away to lost 18-10.

• LAST week’s reported friendly between Henley and Maidenhead stated that Henley lost on all four rinks when in fact they one on one of the rinks. Their winning rink was skipped by Steve Sullivan with Nigel Bridges and Peter Borsberry, with the score 16-15.