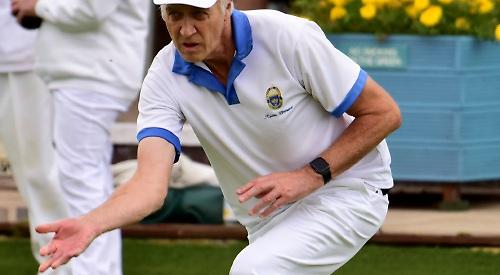 HENLEY have increased their lead at the top of the Oddfellows Triples League.

They defeated BURGHFIELD, their closest rivals, by 100-63 shots, gaining 12 of the available 14 points on Wednesday last week.

Barrie Davies with Kevin Browne and Joan Edwards were always in command running out winners
30-11.

Gill Robins with Norman Daniells and Richard Kingston were evenly matched after 10 ends but then pulled away to lead 21-8. They dropped the next five but won overall 21-13.

David Burdon with Andy Scott and Jo Wilson won 23-12 but Peter Borsberry with Colin Ward and Angelika Crisa went down 12-17 after dropping five on the last three ends.

On Saturday, HENLEY overcame WATLINGTON in a four triples mixed Plomer Cup match, winning two, drawing one and losing one, with an overall score of 84-53. Henley secured 8.25 points to Watlington’s 3.75. Colin Ward with Richard Kingston and Joan Edwards were evenly matched throughout, two down after 17 ends, then picking up two to draw 17-17.

Norman Daniells with Simon Hatcher and Angelika Crisa were five up after six ends, two down after 11 ends before losing their momentum, going down 18-23.

Dave Wilson with Angie Isaac and Kevin Browne were always in command, running out winners 28-4. Gill Robins with Andy Scott and Peter Watkins started slowly and were three down after six ends but picked up seven on the next two ends to lead 9-5. They eventually pulled away to win 21-9.

The result meant Henley maintained their top spot of the Plomer Cup.

On Sunday, HENLEY hosted CAVERSHAM in a four triples Plomer Cup match and won three of the four rinks, with an overall score of 83-53.

Norman Daniells with Maurice Robins and Angelika Crisa were evenly matched after seven ends then pulled away winning 18-11.

David Burdon with Peter Borsberry and Joan Edwards were always playing catch up going down 12-22.

Dave Wilson with Kevin Browne and Romy Painter, who dashed from home with 15 minutes’ warning to stand in as a late replacement, was in total control winning 33-9.

Gill Robins with Andy Scott and David Maybury were evenly matched after eight ends then pulled away to win 20-11.