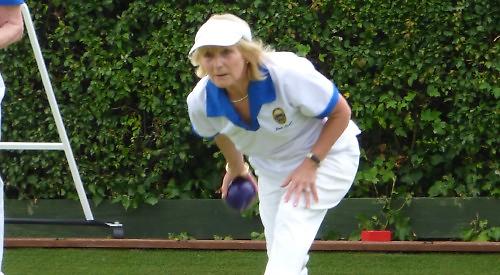 HENLEY ran out 82-74 winners at MAIDENHEAD TOWN on Tuesday of last week in a four mixed friendly match where they won on two rinks and drew on two.

Norman Daniells, with Jim Turner and Carol Turner, in her first match, started strongly, leading by 14 at tea break but then on the restart, not scoring in the next six ends. However, with the lead reduced to just four, they picked up the pace again and ran out 24-17 winners.

Kevin Browne, with Jeanie Davies and Maurice Robins, were leading by seven after 15 ends but dropped six on the last three to narrowly win 17-16.

Gill Robins, with Brian Duddy and John Cross, played in a closely fought match with their opponents picking up one on the last end to draw 21-21.

Andy Scott, with Nigel Bridges and John Wilkinson, were leading by six after 15 ends only to drop nine on the next two ends. However, they managed to gain three on the final end to draw 20-20.

On Thursday of last week HENLEY won on all three mixed triples rinks in their home friendly with FLACKWELL HEATH to triumph 70-35.

Nigel Bridges, with Martin Taylor and Brian Duddy, dominated to run out 21-6 winners while Peter Borsberry, with Jim Turner and John Rees, raced into a 12 shot lead before being pegged back but ran out 21-18 winners. Joan Edwards, with Jim Walter and John Wilkinson, were also in
command, scoring regularly to win 28-11.

On Saturday and Sunday HENLEY held its finals of their knockout competitions.