Let's Get Down to Business: Gillian Nahum 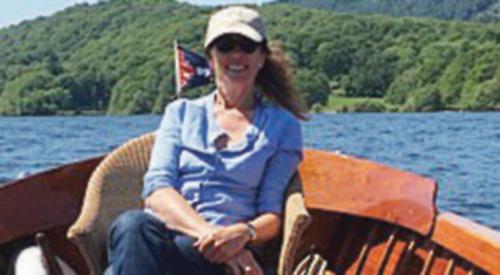 GILLIAN NAHUM founded Henley Sales & Charter in 1992. She is a boating enthusiast and until last year owned Boatique, the gift shop in Friday Street, Henley. She lives in Henley with her husband Steve and has two grown-up daughters with families of their own. An accomplished linguist, she has been an active member of the Henley Business Partnership for many years.

Henley Sales and Charter specialises in the chartering and brokerage of traditional river boats. We work in partnership with many independent boatbuilders on the Thames and in many other parts of the country. We also act as sales agents on behalf of boatbuilders in France and Germany. We offer day hire of our all electric fleet from Wallingford and Streatley. We also have a facility in Beale Park offering boat storage, valeting and basic maintenance.

It depends on the time of year but currently we have four employees and will add three more from Easter onwards. We use sub-contractors too.

What did you do before?

After graduating from university, I worked for a private bank in Switzerland as a teacher, interpreter and translator and obtained a masters degree in educational psychology. My first husband and I lived across the border in France with our daughters. On returning to England I moved to Weybridge and initially worked in the City but soon realised I’d made a mistake as the hours were impractical with two small children. I then worked as a waitress, translator and PA before being headhunted by the Steam and Electric Launch Company, which involved attending boat shows here and abroad, sparking my passion for beautiful boats.

Having divorced and met a local guy. I moved to Mill End and in 1992 founded Hambleden Sales and Charter. which I renamed in 2009 when I moved into Henley. I started with just one boat, a lovely wooden gentleman’s launch. In 2016, I entered into a 50 per cent partnership with Stuart Roberts of Benson Boatworks. We have complementary skills so it was a good business decision.

Living by the river and working with boats — it seemed the obvious thing to do.

I come from a family of entrepreneurs. My grandfather came to England from Libya and set up a substantial business, Nahum Textiles, and my maternal grandmother was a real doer and achiever. She was a great role model.

What would you have done differently?

How do you market your services?

We have two websites. We advertise in the boating press, we exhibit at boat shows and recently featured at the Goodwood Revival festival, which is a magical step back in time.

What’s the best thing about running the business?

Freedom and the ability to make my own decisions.

Choosing the right personnel. People buy from people, so people are our business. At times, it has been very challenging being a woman in a  traditionally male-dominated business.

We are setting up a new business, E Boatique, to capitalise on the growing popularity of electric boats and we have big plans for expansion.

Employ the best people you can.

What would you advise anyone starting a business?

Use somebody you trust as a sounding board.

I am at my best working in a team environment. Building long-term relationships with suppliers, loyalty and taking the long-term view.

We have a uniform for each business which I wear when customer-facing but otherwise I am fairly casual.

I am but I’m not good at process, so I delegate that to somebody who is.

Increasingly out. I often go to Spoon in Duke Street.

I’d like to study more languages. I am a voracious reader — I like factual books (currently reading one about Aleppo), cook books and novels.

How are you planning for eventual retirement?