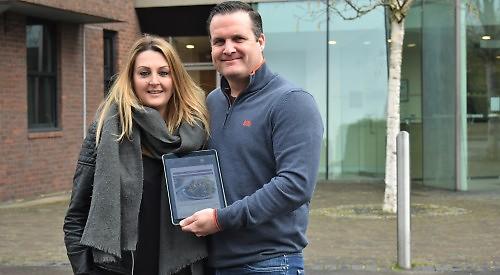 A HENLEY technology firm has created a free software tool to help businesses which have switched to selling food and drink online due to the coronavirus outbreak.

Kitchen CUT, which is based at the Hub in Station Road, released F+B To Go two weeks ago and it is already being used by shops, restaurants and cafés across Britain.

The platform, which is accessed using a web browser, allows traders to put together a menu of goods or dishes and embed it on their own websites for customers to place orders.

It then lists every order with its location and the time it was placed so the businesses can prioritise deliveries. It also lets proprietors contact their customers directly through a messenger service.

F+B To Go, which stands for Food and Beverages, is aimed at established traders which didn’t previously sell over the internet but now have to because of government restrictions on people’s movements.

Many cafés and independent shops, including many in the Henley area, have started doing this but don’t have systems in place so are improvising with paper records which they could lose track of.

Some high-end restaurants are in a similar position as they didn’t previously offer a takeaway service but must adapt to survive.

Simon and Sarah Haynes, who launched Kitchen CUT in 2012, are allowing free access until the end of this year with no “hidden” costs like commission or limits on the number of menu items.

It is a simplified version of their paid-for product F+B Engine, which lets restaurateurs monitor and manage all aspects of their business from stock levels and finances to wastage, allergens and the cost of individual meals.

The couple, who live in Henley with their three children, came up with the idea when they realised many businesses were operating a delivery service for the first time with no prior experience.

They and their 18 staff, who began working from home about a week before the Prime Minister ordered the closure of “non-essential” businesses on March 23, developed the tool in about 10 days by working late into the evenings and at weekends.

They have kept it free of charge in order to support the industry and there is no obligation to subscribe to the paid version later on.

Anyone can sign up using their email address and as soon as they have built a menu, which takes an hour or two, they can begin trading. Mrs Haynes said: “We’re a small business and don’t have a complex decision-making process so when we saw the coronavirus situation unfolding, we could swing straight into action.

“We’d like to thank our team for turning everything around so quickly because they really put the hours in. Luckily, we’re all geared towards working remotely, which is the beauty of what we do — we only need laptops and an internet connection.”

Mr Haynes said: “Before the lockdown, a lot of businesses were taking social distancing measures in order to stay open.

“That included our favourites like the Greyhound at Gallowstree Common, which was setting its outdoor tables further apart.

“Many of them started takeaway services, which is inspiring as it shows they were willing to adapt but we could see they were struggling to process orders. They were taking them over the phone, by email, on WhatsApp and other platforms so they were coming in from all sides.

“The situation became even more pressing when hospitality businesses were forced to close, so deliveries and takeaways were the obvious way to go. We realised we could help and wanted to do that, not least because we didn’t want the places we loved to go under.

“Our free product lets people set up an online shop as quickly and simply as possible. The regular one is more complex, which is invaluable in the long term but it takes a while to learn and that isn’t helpful when businesses need to be up and running right now. Many of its elements were already lined up behind the scenes and it’s a testament to our agility that we were able to put them together into a single, fully functioning product in such a short space of time.

“We’re now working with smaller bakeries and even off-licences which didn’t previously have an online offering as they didn’t feel they needed to. The key thing is that any business of any size can pick this up and get going within hours.

“It also ties in well with the idea of social distancing because you can process transactions without physical contact. You take payment online then leave the orders on people’s doorsteps, so it’s reducing the risk of infection.

“We’ve had a really good response so far. A pub group in Ireland has taken it on, as have quite a few wholesalers who used to supply pubs and restaurants but now sell veg boxes to the public because their regular trade has totally dried up.

“We’ve only just started approaching businesses in the Henley area but we hope it will be widely used as we want to support our own community.”

Mrs Haynes said the outbreak could permanently change how people shop and retailers conduct their business.

She said: “As parents of three young kids, we can’t easily go out on a Friday night but the takeaway options in Henley were quite limited. Now that some of our favourite restaurants also offer takeaways, they may realise there are many more potential customers out there and keep the service going.

“This has also raised awareness of how many independent producers there are, like bakers or fruit and veg growers. I’ve been amazed at the variety that’s available and more people may explore that instead of just going to their usual supermarket.”

The family, who have lived in Henley for 15 years, have a background in PR, marketing and digital design and previously ran a branding consultancy called TBD Group, which was based at Chiltern House in Station Road.

They launched Kitchen CUT in partnership with Michelin-starred chef John Wood, who has worked at Cliveden House Hotel, near Taplow, the Burj Al Arab hotel in Dubai and the Savoy and Dorchester hotels in London.

Mr Wood wanted to launch a new kitchen management tool as he believed there wasn’t one which covered all aspects of running a restaurant. He asked the couple, who were doing consultancy work for him, for help getting it off the ground.

Mr and Mrs Haynes, who married in 2007, had worked in sectors like banking and consumer goods so Mr Wood taught them about the challenges facing his industry.

Their platform initially focused on keeping meal costs down by finding the best suppliers but included more functions over time.

Its clients include the Hilton group, which is trialling it in 10 of its British hotels, and the Brewdog bar chain. The service has also been used by a number of Brakspear’s tenanted pubs in the Henley area.

Mr Haynes said: “Going into hospitality was a steep learning curve but we soon realised that back-of-house management systems had been under-invested over the years.

“There was a focus on front-of-house aspects like customer loyalty programs and processing payments, which is important but it’s a waste of time if the ‘engine room’ of the business isn’t working.

“You need to be profitable in every aspect and this is a complete end-to-end system.”

Mrs Haynes said: “When we first started this, we had no idea of where it was going but it has been exciting to watch it progress. There aren’t many limits because the market is increasingly geared to this way of operating so there’s a lot of potential.”

“Ultimately. we are still a business and need to make money but if the industry doesn’t survive the next few months, neither will we.

“Further down the line, if people want to move to our main platform they can but there’s no pressure - they can just sign up and have a go with the free one.

“The offer will undoubtedly raise awareness of the company but our first concern is offering a lifeline for businesses to generate revenue at a time of need.”