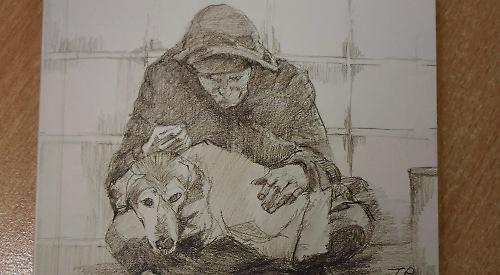 AN author from Henley has published her first collection of short stories.

Liz Henderson, of St Mark’s Road, released The West Façade in March but the coronavirus crisis prevented it from going on sale until now.

The 13 stories encourage the reader to reflect on human experience. They feature a “wacky” funeral, a 19th century map, a disturbing interview, a child’s dream and Luxembourg Gardens in Paris.

Mrs Henderson, a retired teacher, who worked at RAF Benson Primary School in the Sixties, began to develop stories after she took a creative writing course at the University of Oxford in 2008.

In 2010 she won an international short story competition run by the university for a story called Creative Writing Course. One of her earlier stories, called Conkers, was featured in a collection called Turl Street Tales.

She records her ideas and inspiration in notebooks and revisits them as part of her writing process and they all develop over time.

Her inspiration comes from photographs, dreams and conversations she has overheard as well as authors such as Samuel Beckett, Virginia Woolf and Charles Dickens.

“I wrote twice the number of stories that are in the book,” she said. “They probably took me two or three years.”

Mrs Henderson, who lives with her husband Paul, said she enjoyed the experience of writing. “It’s an extremely free and lovely way to be,” she said. “It uses a bit of my brain that I’ve not been able to use much before.

“Now I have the time to ruminate and think, the ideas come popping into my head. I absolutely love it when I’m writing something.

“Having an imagination is not very good when you’re at school — you can get into trouble — but as soon as you’re allowed to do what you like with your life, imagination is the most marvellous thing.

“I’ve always had a very good, vivid imagination — a bit too good. I used to drift off into dreams when I was in school.”

• The West Façade, published by Anglepoise Books (£8), is available from the Bell Bookshop in Henley and Mrs Henderson’s website, lizhenderson.co.uk