Let's Get Down to Business: Jason Kempston, the Sole Man 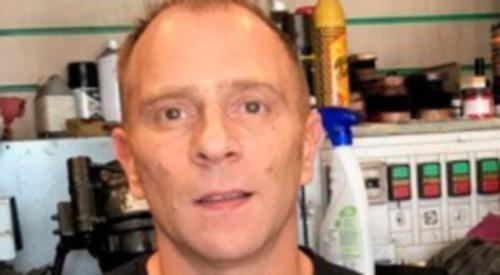 JASON KEMPSTON is the proprietor of the Sole Man in Duke Street, Henley, a shoe repair business which also offers a key cutting service. He also runs, together with his wife Rachel, Chiltern Antiques, specialising in antique and vintage post boxes which they renovate. Several fine examples can be seen in his shop. Jason was born and raised in Slough. He and Rachel, who also runs her own hairdressing business, live in Flackwell Heath with their children, Cydney, 22, and Alfie 20, who are both waiting to return to university. Jason is a keen sportsman and supports Arsenal.

I’m a quality shoe and boot repairer as well as doing engraving and key cutting.

After leaving school at 16, I went to college and trained as a chef. I then worked as a chef at a pub in Langley. After a couple of years I took up a job as a woodworker in a small workshop specialising in making wooden interiors for prestige car makers such as Rolls Royce and Aston Martin. I really enjoyed that when it was a relatively small enterprise but the business landed a big contract and grew rapidly so that it became more like a factory and I eventually left. I had a friend who was a shoe repairer and went to work with him. Before Rachel and I were married we decided to take time to travel. We spent time in Asia and America. On returning, I worked for Timpsons in two different locations and another well-known shoe repair business that no longer exists, then decided to set up on my own.

I opened the shop here in April 1998. Originally I had a partner, Mike Crisp, but was able to buy out his share a few years later.

Simply to be my own boss.

My school careers master advised me to write lots of letters to try to get a job. I wrote to Pinewood Studios and they replied that I was too young and would I apply again in a year? (That happened twice). When I was 16 they offered me a place on their Youth Training Scheme but I declined because I was already earning a bit more than they were offering me. I still regret my decision.

What impact has the coronavirus pandemic had on your business?

I had to close the shop on March 23 and only re-opened on June 1. During that time I had no work and I have to say how grateful I am for the financial support I received from the Government.

The high street has been suffering over the last few years. The need for shoe repairing in particular is in decline because these days many shoes don’t require it.

Do you compare on a regular basis?

I have a book I call my “bible” where I record my takings every week and I compare each year with the previous one.

My shop position in Duke Street is very prominent so most people know where I am and what I do.

Not having people telling me what to do, except from customers of course.

Being self-employed and having to do all the associated paperwork.

I’m not really sure at the moment. I have some great customers but I may well turn more of my focus on the antique/vintage post box business.

What advice would you give someone starting a business?

Research the market to really understand it.

I have to be but it took me a while to learn that.

I have a uniform, which is generally black.

What can’t you do without every day?

Starting off with a cup of coffee and doing a crossword.

Generally, a sandwich while I’m working.

No, but I’m a voracious reader of autobiographies, non-fiction, historical and fantasy novels and newspapers.

I don’t think I’ll ever stop doing some kind of work. I just love working with my hands and am always fiddling around and fixing stuff.