Let's Get Down to Business: Jack Free, art dealer and proprietor Jack's Gallery 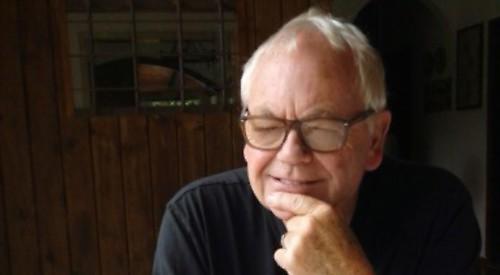 JACK FREE has been an art dealer for more than 30 years and is the proprietor of Jack’s Gallery in Hart Street, Henley, which opened in 2013. He was born and brought up in Buckinghamshire, where he remained until moving to Henley in the mid-Nineties. He lives with his wife Melanie and their cat Bella.

We are an accredited fine art gallery and one of the top 10 specialising in signed Jack Vettriano limited edition prints and artist and studio proofs. We stock a wide range of other decorative paintings and prints and also provide a picture framing service.

We have an excellent part-time lady, Linda.

Although I did well at school, nobody motivated me enough to go to university. As a teenager, I’d been a “Saturday boy” in a menswear shop, so when I left school at 18 I worked for a marketing company promoting fast-moving consumer goods. I loved it and was there for 10 years. Then I opened a wine bar. It was during the recession of the mid-Seventies, so it was a difficult time to be in business, especially as I had little capital. After two enjoyable years, the marketing company asked me back and I stayed there for several years until being made redundant in 1988. In 1991, I started exhibiting and selling pictures. When we moved to Henley in 1995, I opened a gallery at Manor Farm in Peppard and Melanie had a business there selling ceramics and large garden pottery imported from Spain. I specialised in limited edition paintings by Rolf Harris who was a giant in the art world at the time. Then my gallery was broken into and £50,000 of stock was stolen and I was under-insured so it was a major blow. I picked myself up and began to specialise in art by Jack Vettriano, who was fast becoming another popular artist. I moved the gallery to Henley in 2013.

Who or what influenced you to start your own business?

My love of art and the people who had ruined a very successful marketing company and made me redundant.

I would have taken more advice had it been available. I initially ran on raw enthusiasm and should have learned from people with more experience.

We have only been able to open for about half the time since March last year. While we were closed we took the opportunity to review our business. I’m very grateful for the support we received from the Government while we were closed.

Since re-opening in April we have really bounced back strongly.

We use some social media and have a good Jack Vettriano website. We do mail shots to our customers twice a year. We run a classified ad in the Henley Standard every week for framing, for which we have a good reputation, and we take a large display advertisement when we want to inform our local customers of a special event. We have a fairly good position in Hart Street right by a crossing so people see our window while waiting at the lights.

Making my own decisions with nobody telling me what to do. The freedom to choose my own working hours, even though we are open seven days a week. And the satisfaction that comes from happy customers. We are lucky to meet so many nice people.

To have as much product knowledge as possible and I have a flair for framing.

If you have the desire, then do it, or you’ll regret it. Take advice but don’t spend too long thinking about it.

Staying power, being a good communicator and the ability to bounce back as there will always be some bumps in the road. And enjoying what you do.

Knowing the products and paying great attention to detail. Having excellent staff and putting in the hours.

Over-trusting people. Not everybody is as nice as you might have thought they were.

Fairly but Melanie takes care of all the admin and uses the computer. I’m not at all technically minded and don’t even have a smartphone.

Comfortable but smart and casual.

Help. From people in the business, Melanie and Linda.

I’m not really a lunch person but if I do have something it would be a baguette in the shop.

Not books but I’m an avid reader of newspapers, including the Henley Standard, and I watch TV.

Eventually I’d like to pass on the business as a going concern to somebody to enjoy as much as I do. I’d be more than happy to share my knowledge.